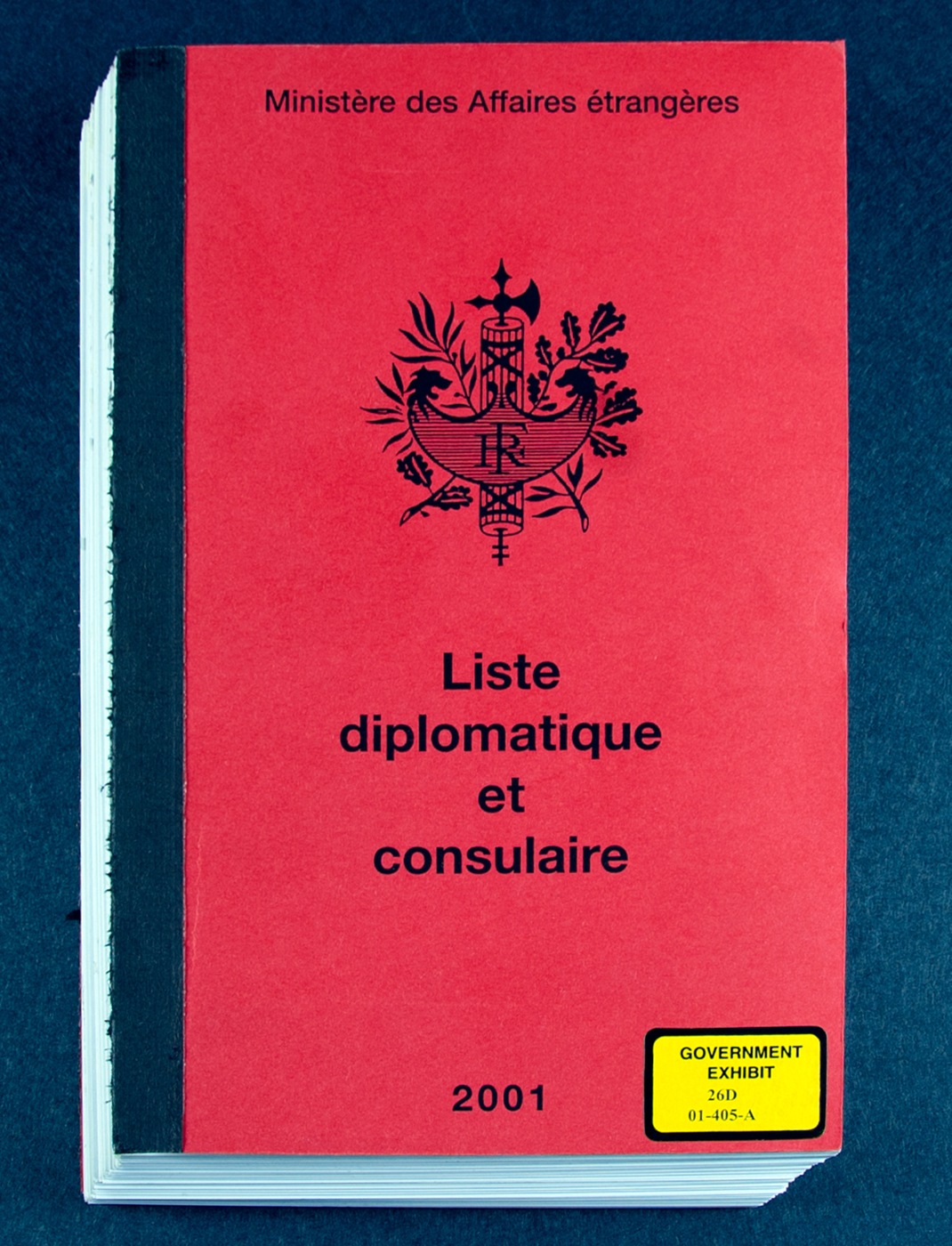 This is a copy of a booklet that lists contact information for foreign consulates that spy Brian P. Regan used. (Click image to view high-res.)

In 2001, former Air Force intelligence officer Brian P. Regan was arrested by FBI agents at Dulles International Airport for stealing classified materials from the National Reconnaissance Office. Regan was about to board a plane to Switzerland with encrypted notes and the contact information for foreign diplomatic offices in his pockets.

Regan had buried a stash of stolen materials—to include documents, video tapes, CDs, DVDs, and photographs—underground across the D.C. metropolitan area in Maryland and Virginia state parks. He recorded the locations where he buried the items on a note, which he had stuffed in a toothbrush holder and subsequently buried under the I-94 exit sign near Fredericksburg, Virginia. Ultimately, after Regan’s arrest, he cooperated and led investigators to the materials he had stolen and buried.

In all, Regan had stolen photos of Iraqi missile sites and encoded, classified tactical information. The FBI later learned that Regan intended to sell the information he had stolen to China, Iraq, and Libya for $13 million.

In February 2003, Regan was convicted following a trial by jury, and, due to his cooperation with law enforcement, received a life sentence for attempted espionage and unlawful gathering of defense information.

The booklet depicted was used as an exhibit in Regan’s trial. It's a copy of a booklet that lists contact information for foreign consulates that Regan used to make selections of where to try and sell the classified information he had stolen.