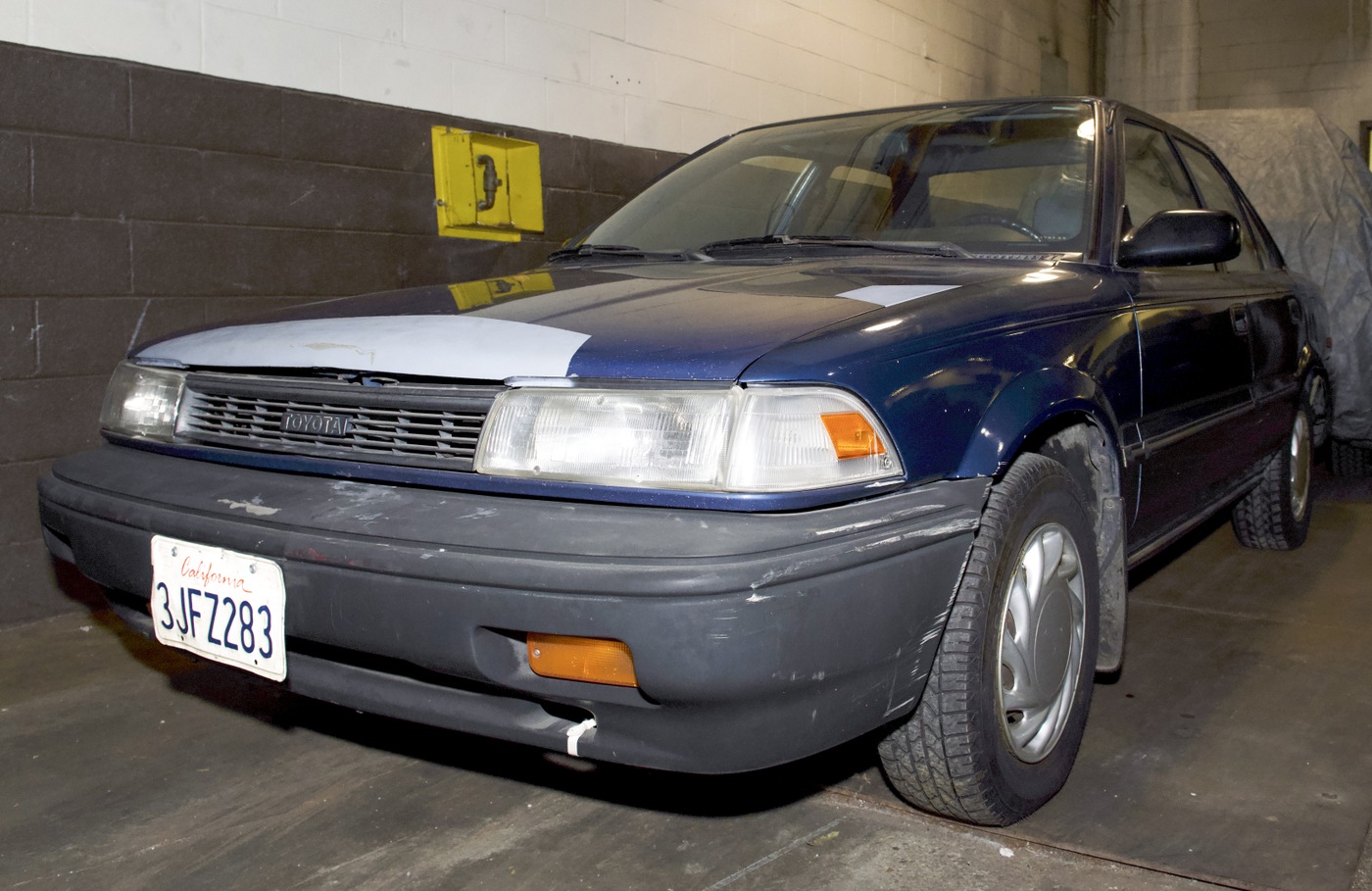 This car carried one or more of the hijackers to Dulles International Airport on September 11, 2001. (Click the image to view hi-res version.)

This car carried one or more of the hijackers to Dulles International Airport on September 11, 2001.

Airport police called the FBI’s Washington Field Office on September 12 to report a suspicious car parked in the airport’s hourly lot. A search on the 1988 blue Toyota Corolla revealed it belonged to Nawaf al-Hazmi.

The day before, al-Hazmi and four associates boarded American Airlines Flight 77. About 30 minutes into the flight, they stormed the cockpit and forced the crew and passengers to the rear of the plane.

One of the hijackers took over the controls and crashed the aircraft into the Pentagon in Arlington, Virginia. The collision killed all 64 people on board the plane and 125 people who were at the Pentagon that morning.

The investigation into the attack and those in New York and Pennsylvania was the largest ever undertaken by the FBI. At the peak of the PENTTBOM case, more than half of the FBI’s agents were working with partner agencies to identify the hijackers and their sponsors.

Investigators learned that another Flight 77 hijacker, Khalid al-Mihdhar, purchased the used car in early 2000—around the same time he and al-Hazmi rented an apartment near San Diego. Al-Mihdhar transferred ownership of the car to al-Hazmi in May 2000. The car helped the two men and another attacker travel to Arizona, Connecticut, and Virginia as they planned and prepared for the attacks.

The vehicle is currently stored in the garage of the FBI Headquarters building in Washington, D.C.

Among the nearly four dozen items recovered from the car and logged into evidence were documents from a flight training school, diagrams of the plane’s instrument panel, a box cutter, grocery receipts, and a parking lot ticket timestamped 9/11/01 7:25 a.m.

Learn more about the PENTTBOM investigation.