The digital media campaign includes the launch of a webpage, www.fbi.gov/EastAreaRapist; digital billboards throughout the country; social media outreach on Twitter, Facebook, and YouTube; and audio broadcasts via podcasts and radio PSAs. The public can play an active role in helping law enforcement find the subject by sharing links to the website and official social media content.Law enforcement asks the public to consider the following information when reviewing information about the case:

The subject, who may be 60-75 years old now, was described as a white male standing approximately 5’10” tall and having blond or light brown hair and an athletic build. He may have had an interest or training in military or law enforcement techniques, as he was familiar and proficient with firearms.

People who know the subject may not believe him capable of such crimes. He may not have exhibited violent tendencies or have a criminal history.

Detectives have DNA evidence from some of the crime scenes that can either positively link or exclude a suspect. This enables investigators to quickly exclude innocent parties, and the public should not hesitate to provide information—even if it is the name or address of an individual who resided in the areas of the crimes—as many parties will be quickly excluded by a simple, non-invasive test.

Between 1976 and 1986, this single subject committed 12 homicides, approximately 45 rapes, and multiple residential burglaries in the state of California. All the crimes have been linked by DNA and/or details of the crimes. His victims ranged in age from 13 to 41 and included women home alone, woman at home with their children, and couples.

The subject was active in the greater Sacramento area from June 1976 to February 1978.

Burglaries and rapes began occurring in the Sacramento area during the summer of 1976. During these crimes, the subject would ransack the homes of his victims and take small items such as coins, jewelry, and identification. These cases include the homes of families, couples, and single women; burglaries in a neighborhood tended to precede clusters of sexual assaults. On February 2, 1978, Rancho Cordova couple Sergeant Brian Maggiore and his wife, Katie, were on an evening walk with their dog and were chased by the subject who overcame the couple and shot at close range.

After July 1981, no associated incidents are known to have been reported for five years. In 1986, an 18-year-old woman was raped and murdered in Irvine. No additional crimes have been connected to the subject after this incident.

A graphic illustrating the general location of these crimes is available on the FBI’s webpage.

The following is a listing of local law enforcement agencies who have investigated a crime believed to have been committed by the subject and the number of crimes in their jurisdictions: 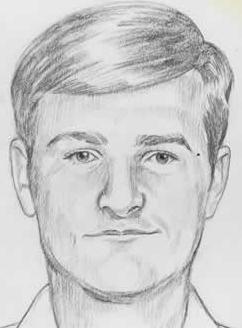 Law enforcement is seeking any information that may help identify the subject, dubbed the East Area Rapist in Sacramento. He has also been called the Original Night Stalker, Diamond Knot Killer, and, more recently, the Golden State Killer. Individuals with information about the subject may call 1-800-CALL-FBI (1-800-225-5324). Additionally, information may be submitted to the FBI’s online tip line at tips.fbi.gov.