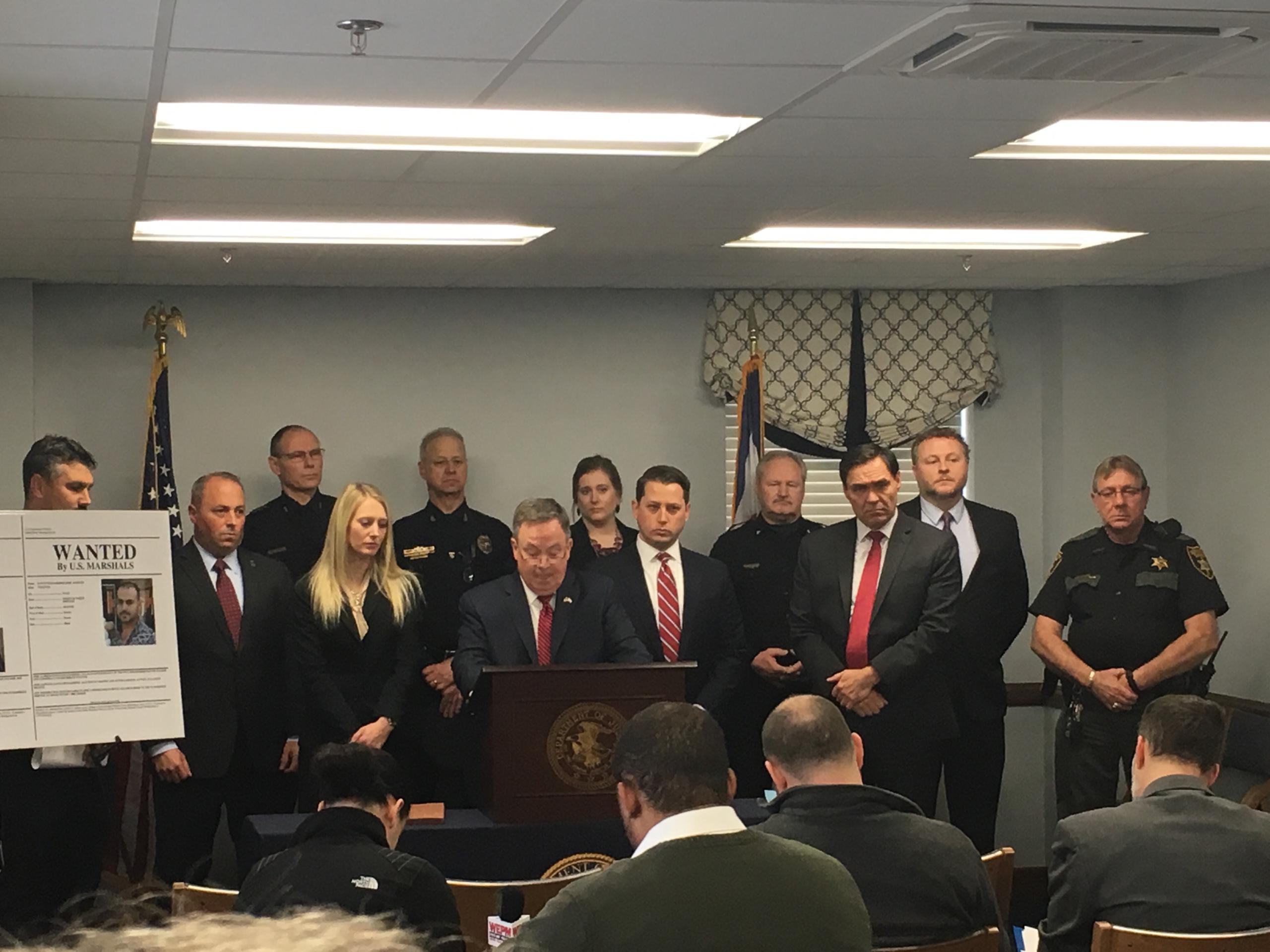 After a nearly two-year investigation into a drug trafficking operation that spanned multiple states, 10 people—including two MS-13 gang members—were indicted on a variety of federal charges. Authorities in West Virginia and Virginia searched more than a dozen properties. They seized 12.5 kilos of cocaine with an estimated street value of more than $800,000; 11 firearms; hundreds of rounds of ammunition; and more than $100,000 in cash.

"Parents can rest easier knowing guns, cash, and marijuana were taken off the streets their children play on every day," said Special Agent in Charge Bob Johnson. "But we know this isn’t the end of the problem. This is just a message to all the other drug dealers out there: this type of criminal enterprise will not be tolerated, and we are coming for you."

The FBI and its partners will continue to assess all potential gang and violent crime threats in the community. The amount of guns and drugs seized in this operation have a direct correlation to the violence we also see in this neighborhood and others. There is no question, drug trafficking is an inherently violent business. Violent crimes often times involve deadly weapons, drugs and drug trafficking. The root of many of these crimes is the drug problem.

"I am grateful to the dedicated prosecutors in the U.S. Attorney’s Office and our law enforcement partners who worked together throughout this investigation, and I’m confident each defendant will receive fair and impartial treatment through the federal court system as they face the allegations we are discussing," said Johnson.

This investigation was a collaborative effort between state, local, and federal agencies from multiple states. It highlights that when law enforcement agencies work together, we can be as effective in combating crime at every level.