A Norman Rockwell painting stolen more than 40 years ago has been recovered, announced Michael Harpster, special agent in charge of the FBI’s Philadelphia Division, and Timothy Carpenter, supervisory special agent with the FBI’s Art Crime Team.

The painting was returned to the Grant family this morning, at a presentation in Philadelphia; it was one of several items taken from the family’s Cherry Hill, New Jersey home during a June 30, 1976 break-in.

The piece, which dates to 1919, has been known by various titles through the years, including Taking a Break, Lazybones, and Boy Asleep with Hoe. It is oil on canvas, approximately 25 inches by 28 ½ inches, and was featured on the cover of the September 6, 1919 edition of the Saturday Evening Post.

FBI art crime agents were able to recover the painting with the cooperation of an individual who wishes to remain anonymous. This individual is not believed to have been involved in the painting’s theft and is not expected to face any charges.

Harpster and Carpenter thanked the Cherry Hill Police Department for its initial investigation of the 1976 burglary and subsequent assistance with the FBI’s cold case investigation and Assistant United States Attorney K.T. Newton of the U.S. Attorney’s Office for the Eastern District of Pennsylvania, for her coordination of this matter.

Harpster and Carpenter also credited the contributions of insurer Chubb and the support of the Norman Rockwell Museum, in Stockbridge, Massachusetts; Christie’s, New York; and Philadelphia’s Barnes Foundation with helping the FBI return the painting to the Grants. 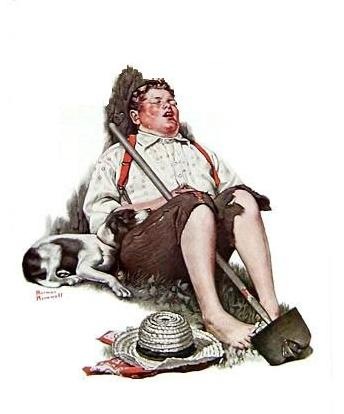