Muhsin is wanted for murder after allegedly shooting to death a 40-year-old woman in her home in Upper Darby Township, Pennsylvania, on May 19, 2022.

On June 8, 2022, Muhsin was charged with murder and related offenses in the 32nd Judicial District in Delaware County, Pennsylvania, and a state warrant was issued for his arrest.

The FBI is offering a monetary reward for information leading to Muhsin’s capture. 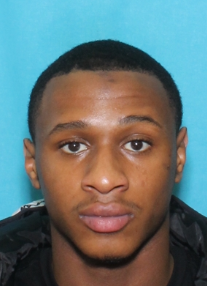