Updated April 14, 2017: Joseph Jakubowski has been apprehended in Wisconsin.

Special Agent in Charge (SAC) Justin Tolomeo of the Federal Bureau of Investigation (FBI) Milwaukee Division announced today the FBI has increased its reward up to $20,000 for information leading to the successful location of Joseph A. Jakubowski, age 32, of Janesville, Wisconsin. Jakubowski is wanted for questioning in the theft of multiple weapons taken from the Armageddon Gun Store located in Janesville, Wisconsin, the arson of Jakubowski’s vehicle, and alleged messages regarding threats to public safety on April 4, 2017.

The FBI is joined by multiple local, state, and federal law enforcement agencies in making the announcement of the increased reward:

More than 150 law enforcement personnel and others are working jointly on the investigation.

“We have increased the reward appealing to those in the public who may be able to assist us in a safe and peaceful resolution for all concerned,” said SAC Tolomeo. Jakubowski may have attempted to alter his appearance by shaving all facial hair and his head. Photo enhancements depicting this possible change in appearance: 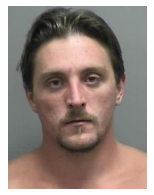 The public is reminded to remain vigilant and report any suspicious activity or sightings of Jakubowski to law enforcement. Please contact the FBI’s tip line 1-800-CALL-FBI (1-800-225-5324) or tips.fbi.gov