On Thursday, February 16, 2017, Justin Tolomeo, Special Agent in Charge of the Milwaukee Division of the Federal Bureau of Investigation (FBI) announced the selection of Milwaukee’s Safe & Sound organization as the 2016 recipient of the FBI Director’s Community Leadership Award (DCLA) and presented a certificate to Safe & Sound Executive Director, Katie Sanders, who will represent Safe & Sound when the organization is publically recognized in a special ceremony at the FBI’s National Headquarters in Washington, D.C. during the annual DCLA ceremony on Friday, April 28, 2017.

“We appreciate the efforts of the entire Safe & Sound organization and their ongoing partnership with the community and law enforcement,” said SAC Tolomeo. “Their long commitment to unite neighborhoods, support youth, and public safety in Milwaukee deserves recognition of the Director’s Community Leadership Award.”

“For nearly 20 years, Safe & Sound has been working in Milwaukee neighborhoods to help residents and youth become and remain engaged in community improvement, crime prevention, and problem-solving”, said Ms. Sanders. “Safe & Sound leverages partnerships with law enforcement to help improve communication and trust between the community and law enforcement. We are honored to receive the FBI Director’s Community Leadership Award, and thank the FBI for recognizing the essential role community members play in public safety.”

Each FBI field office nominates an individual or organization for the award. Once selected, the recipients are invited to a ceremony and reception at FBI Headquarters. 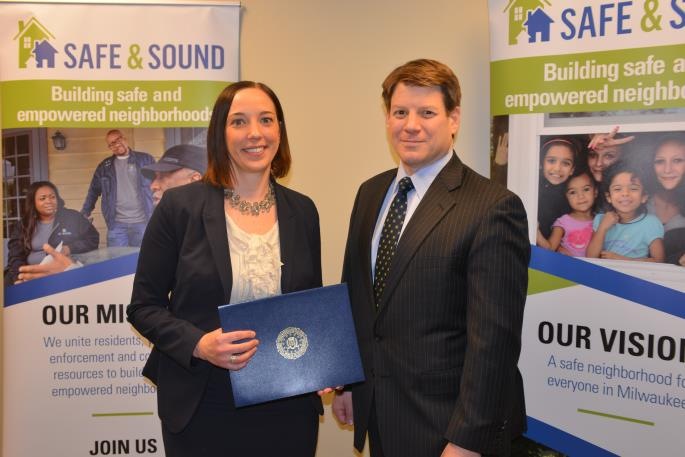