Seven defendants were arrested today, November 16, 2021, in Los Angeles, San Diego, Bullhead City, and Calexico for their roles in a drug trafficking organization operating out of the Harbor Area of Los Angeles. Authorities are continuing to search for six fugitives.

Between April and July of 2021, undercover officers conducted dozens of operations leading to the identification of subjects in Los Angeles, Arizona, San Diego, and Tijuana. During this time, approximately 250 pounds of methamphetamine and one pound of fentanyl were recovered, as well as six handguns and one rifle.

Those arrested today are:

Those arrested today are making their initial appearances this afternoon, November 16, 2021, in federal court in the federal district nearest to where they were apprehended. Those arrested in Los Angeles are appearing in downtown Los Angeles.

Six of the defendants charged in the indictment are considered fugitives and are being sought by law enforcement. Their photographs and descriptions are being distributed to the media. The fugitives are:

This case is the result of an investigation by the FBI’s Los Angeles Field Office, the Los Angeles Police Department’s Gang and Narcotics Division and its Harbor Division, as well as LA IMPACT (Interagency Metropolitan Police Apprehension Crime Task Force). Considerable assistance was provided by the U.S. Customs and Border Protection’s Los Angeles Field Office and the Joint Regional Intelligence Center (JRIC), as well as the FBI’s San Diego and Phoenix Field Offices, and the FBI’s Legal Attaché in Mexico City. The cases are being prosecuted by the United States Attorney’s Office in Los Angeles.

If convicted of the charges in the indictment, the defendants face a range of statutory maximum sentences between five years and life in federal prison.

An indictment contains allegations that a defendant has committed a crime. Every defendant is presumed innocent until and unless proven guilty beyond a reasonable doubt. 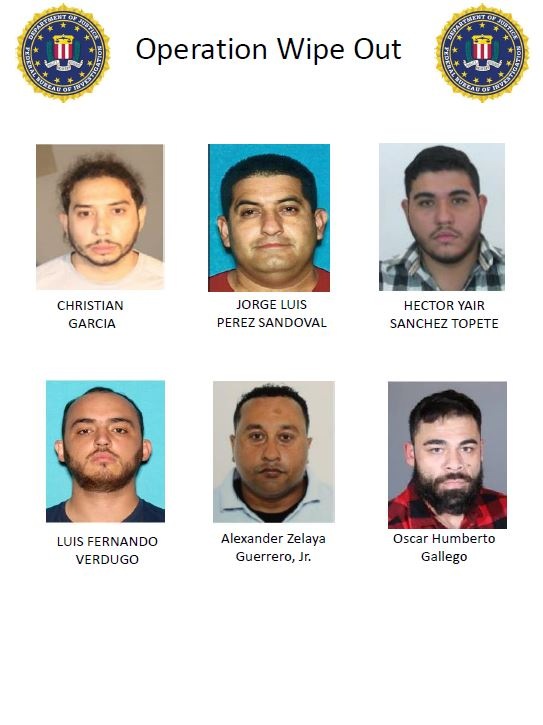