Flags and Banners at FBI Headquarters

Flags and Banners at FBI Headquarters

Since the dedication of our Headquarters building in 1975, we have been proud to be part of Pennsylvania Avenue, "the nation's ceremonial route," and to help illustrate the development of the Stars and Stripes since 1775. Ten historic flags are flanked on either side by today's 50-star flag, representing the 50 states of the Union.

The historic flags include: 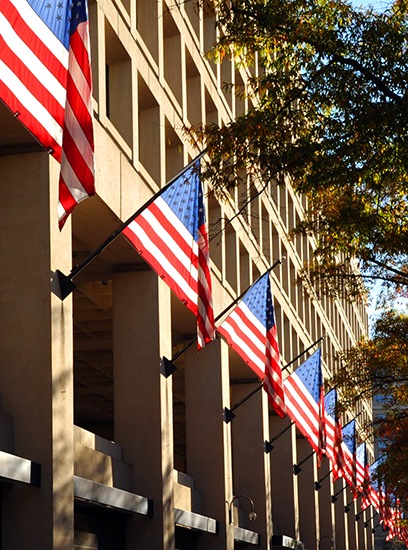