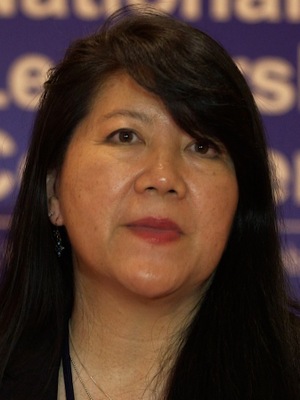 Kristi Lee, of the Phoenix chapter of the FBI Citizens Academy Alumni Association, talks about the organization's role.

Sometimes when somebody picks on somebody that you really like, you just kind of want to back them up and go, "I'm here for you. I'm going to throw a punch for you."

And sometimes when they're getting a black eye in the media, I just go, "Man, when are they going to say something?" And then I have to remind myself, that's right, they can't comment on every single thing that's being said.

So that just gave me a better perspective of what's portrayed out in the media for profit, and what's actually going on behind the scenes. And meeting the actual agents. They're just down to earth people.

That's what I love is just getting to know the agents on a personal basis and seeing they're real people too. They're family people, and they want to live in a safe community, just like we do.