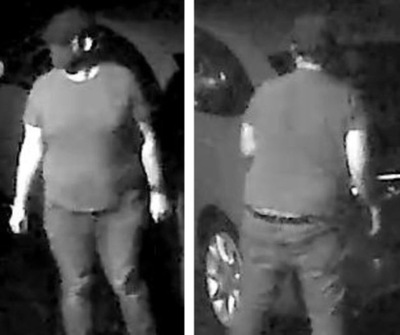 The FBI is offering a reward of up to $25,000 for information leading to the arrest and conviction of the persons responsible for the arson.

The FBI is asking for the public’s assistance in identifying the individuals responsible for the arson of the CompassCare Pregnancy Services Center at 1230 Eggert Road, Amherst, New York, on June 7, 2022.  At approximately 2:45 a.m., the Amherst Police Department received a 911 call regarding a fire at the CompassCare Center.  Individual(s) had thrown Molotov cocktails at the Center.  This started a fire that caused significant damage.  One of the individuals spray-painted the words "Jane was here" on the building.

The FBI believes the individuals drove a 2013 to 2016 red or orange Dodge Dart sedan.  Suspect 1 is estimated to be approximately 5'11".

If you have any information regarding this case, or recognize these individuals, please call 1-800-CALL-FBI (1-800-225-5324). You may also contact your local FBI office, the nearest American Embassy or Consulate, or you can submit a tip online at tips.fbi.gov.