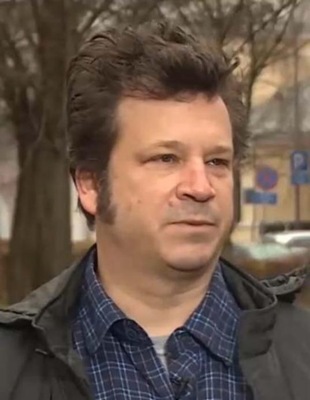 Neumann has ties to, or may visit, Mill Valley, California; Ukraine; and Belarus.  Neumann has been known to visit Italy, Switzerland, Germany, and Poland.

Evan Neumann was indicted on December 10, 2021, in the District of Columbia on a total of 14 counts, including engaging in physical violence in a restricted building or grounds with a deadly or dangerous weapon, civil disorder, and assaulting, resisting, or impeding certain officers. He fled from the United States on February 16, 2021, and is currently believed to be in Belarus. Neumann was initially charged in a criminal complaint filed on March 23, 2021. A federal arrest warrant was issued for Neumann in the United States District Court, District of Columbia, on December 10, 2021.

It is alleged that Neumann participated in numerous violent acts against multiple law enforcement officers performing their legal duties of protecting the U.S Capitol Building on January 6, 2021.  Neumann allegedly fought with U.S. Capitol Police and Washington, D.C., Metropolitan Police Department officers both inside and outside the U.S. Capitol.  During these physical altercations, Neumann not only used his hands and fists to strike the officers, he also allegedly used a metal barricade as a battering ram against the officers.  Neumann also appears to have remained on restricted grounds late into the day and evening, continuing to resist repeated orders by law enforcement to leave the restricted grounds.

If you have any information concerning this case, please contact the FBI toll-free at 1-800-CALL-FBI (800-225-5324). You may also contact your local FBI office, the nearest American Embassy or Consulate, or you can submit a tip online at tips.fbi.gov.