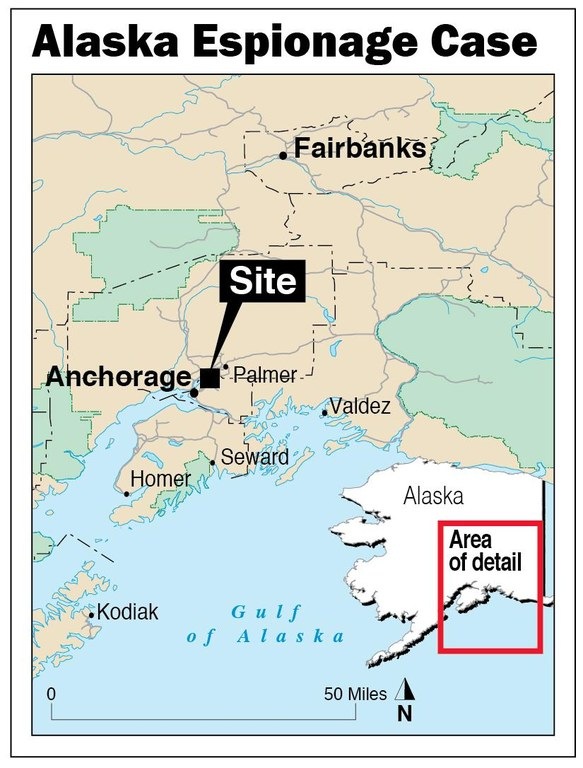 A 22-year-old military police officer in Alaska has been sentenced to a 16-year jail term in connection with his efforts to sell classified documents to a person he believed was a Russian intelligence officer.

In 2011, William Millay was stationed at Joint Base Elmendorf-Richardson near Anchorage when he began to talk to—and solicit help from—other military members regarding selling classified national defense information to the Russians.

“This case really drives home the point that the insider threat is alive and well,” said Special Agent Sam Johnson, who supervises a national security squad in our Anchorage Division. “That’s why counterintelligence investigations continue to be a very high priority for the FBI.”

Millay, who joined the Army in 2007 and had served a combat tour in Iraq, was known to have harsh and sometimes radical views of the military and the U.S. government—the white supremacist tattoos on his body likely reflect his ideology. But his attempt at spying had nothing to do with ideology or politics, Johnson said. Instead, he was motivated by greed.

“Money was what he was after,” Johnson explained. “He was willing to sell sensitive information—to potentially endanger his fellow military members as well as the security of the country—for a payday.”

The Russian officer he believed he was dealing with, however, was really an FBI undercover operative. The case played out like a spy thriller, with Millay placing secret documents about military technology at a dead drop site—a pre-arranged hiding place—and later retrieving a payment of $3,000 in exchange.

After an extensive investigation, Millay was arrested in October 2011; in addition to attempted espionage, he was charged with soliciting another individual to commit espionage. He pled guilty to these and other violations of the Uniform Code of Military Justice at a military court proceeding in March and was sentenced by a panel of military members earlier this month.

The investigation revealed that Millay had approached several soldiers about his treasonous plan, said Special Agent Derrick Criswell, who worked the case. “Some of the individuals he made statements to did not take him seriously,” Criswell noted, “but some did. Still, no one came forward to report his activity.”

Both Criswell and Johnson believe the fact that no one reported Millay further illustrates the need to raise awareness about the insider threat and the risk it poses to national security. “One person can do a tremendous amount of damage,” Johnson said.

Criswell’s duties as a counterintelligence investigator include presenting briefings to government and industry organizations regarding espionage and the insider threat. Despite his familiarity with the problem, though, Criswell added, “It is still shocking and always disappointing to identify anyone who is willing to betray his country in this manner.”

The Bureau investigated the case jointly with Army Counterintelligence and the Air Force Office of Special Investigations. “This has been a significant case for Alaska,” Johnson said, adding, “It’s the first known espionage arrest and prosecution that I am aware of in the state. And if it can happen here, it can happen anywhere.”

Gallery of photos from the FBI reference firearms collection.