FBI Washington Field Office Statement on the 15th Anniversary of the Abduction of Robert A. Levinson

FBI Washington Field Office Statement on the 15th Anniversary of the Abduction of Robert A. Levinson

Today marks the 15th anniversary of the abduction of Robert A. “Bob” Levinson from Kish Island, Iran. Bob Levinson was abducted on March 9, 2007. Bob and the entire Levinson family are remembered every day by his FBI friends and colleagues.

“Fifteen years passed since Bob disappeared in Iranian territory, but no matter how much time goes by, Bob will forever remain part of our FBI family,” said FBI Director Christopher Wray. “The FBI and our partners in the U.S. government will continue to seek answers for Bob’s wife, children, and grandchildren. We remain steadfast in our mission to bring Bob home where he belongs, and we will continue to pursue every lead to accomplish that mission, including calling on Iran to assist with Bob’s return.” 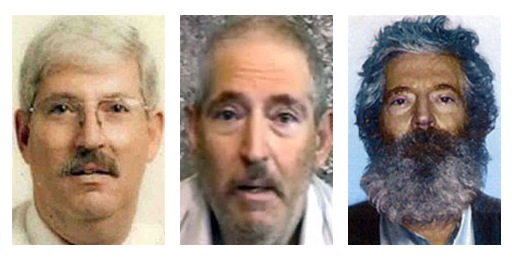 Although the most credible evidence the FBI and U.S. government have collected over the past 15 years points to the likelihood that Bob died in Iranian captivity, the FBI shares his family’s resolve to seek answers and return their husband, father and grandfather to his family and country. Tomorrow, Mr. Levinson would be celebrating his 74th birthday with his family. He served his country for 28 years, including 22 years as an FBI special agent.

The FBI will continue to develop information identifying specific individuals involved with Bob’s abduction. In 2020, the U.S. Treasury sanctioned two senior Iranian intelligence officials who were identified as having a role in Bob’s abduction, detention, and probable death. As the FBI develops additional information, the FBI will seek to hold those responsible for Bob’s disappearance accountable. In 2019, the Department of State Rewards for Justice (RFJ) Program announced a reward of up to $20 million for information leading to the safe location, recovery, and return of Bob Levinson. More information about this reward is located on the RFJ website. In addition to the RFJ reward, an FBI reward of $5 million remains unclaimed.