The FBI Violent Crimes Task Force and Fairfax County Police are searching for an unknown serial bank robber dubbed the “Forever Loyal Bandit,” who is believed to be responsible for three bank robberies and an attempted bank robbery in the Falls Church section of Fairfax County, Virginia. The incidents occurred between June and August 2014 at various banks along the Leesburg Pike corridor.

The individual is described as a black male, approximately 30 years old, who has on two occasions worn a white T-shirt with a distinctive logo and the words “Forever Loyal” emblazoned on the chest. In addition, he wears a dark baseball hat pulled low over his face during the robberies. The word “VIBES” is printed on the hat in one robbery, and it appears the lettering has been darkened in a subsequent incident to obscure his identity. 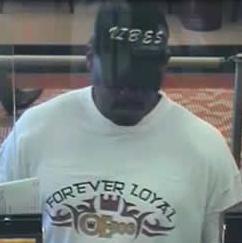 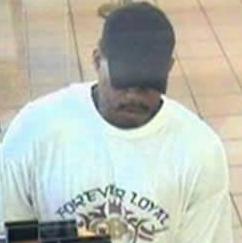 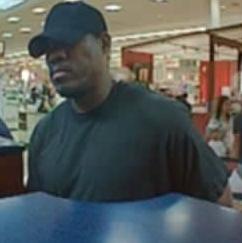 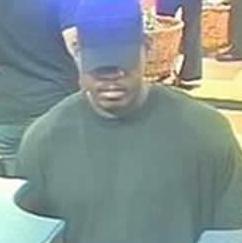 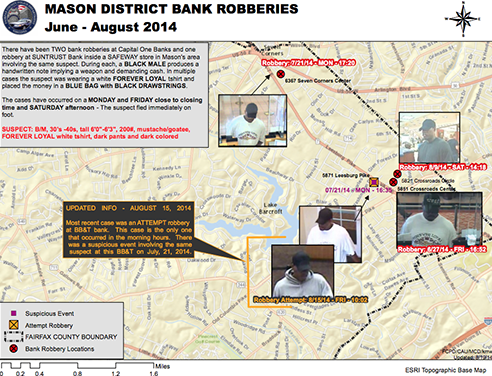 The FBI is offering a reward of up to $5,000 for information that leads to the identification, arrest, and conviction of this individual.