Muhammad Describes His Route to the FBI

Muhammad Describes His Route to the FBI 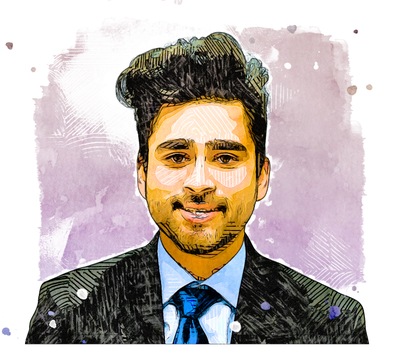 As a child, Muhammad experienced discrimination after 9/11. The experience played a major role in his decision to work for the FBI.

Growing up, my most vivid moment I recall, it had been in sixth grade when it was my first day of school. And I was just going into a completely new school district. So, I’m like this, you know, just a kid, just starting sixth grade, really excited, just ready to experience a new chapter in my life. And so I’m getting ready and everything and I’m rushing out the door and my parents are dropping me off and I get into the first class, and the teacher is doing the roll call. And at some point, they get to my name, and they call out Muhammad.

I got a thousand-yard stare from practically everybody in the class. And everybody’s looking at me like, “Who is this kid?” What would later happen was after I got out of class, and I’m making my way to my next class, I would have somebody else come up from behind me running to me and calling me, “Hey terrorist, hey rag head,” and these names would just be constantly thrown. And I’m like, “Who are they calling a terrorist? Who are they calling a rag head?”

And I was kind of confused by it and perplexed, but I turned around, and it turns out that person was calling me that. So I would ask, “What do you mean?” And they would say, “Well, why did you do 9/11?” And that moment, it would really hit me that my identity was attacked. My identity as being a Muslim American, my identity as being of Pakistani and Indian heritage would be attacked at that moment.

For me, the biggest motivating factor of why I joined the FBI in the first place was because of 9/11, because of the events of 9/11. And particularly, the aftermath of 9/11. Many Muslim Americans like myself faced various significant events of where we were discriminated, bullied, or even experienced hate crimes. And this became a huge motivating factor to where after 9/11, I wanted to serve in a capacity where I could not only protect a country that I love—that many of us loved—but that I could also be a representation for the Muslim community and hopefully interest the next generation of Muslim Americans and the next generation of Americans in general, to want to serve a life in public service and be that motivation to make this country a better place, to make our communities a more better and safer place.

And for Muslim Americans, in particular 9/11 wasn’t only an attack on a country that we hold close to our hearts. But to reiterate, it was an attack on a religious belief that many of us identify, represent, and practice on a daily basis. And so, for many of us, it was a sense of duty to serve for the public and to hopefully shape people’s perception about Muslim Americans, that not all Muslims are terrorists, as the common phrase has gone on. That Muslims actually are very much intertwined with the country and its history and that we all have a part in wanting to protect it.