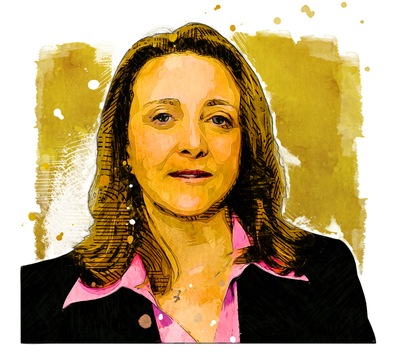 Special Agent S.S. was a member of New York’s Joint Terrorism Task Force. She worked briefly at the forensic recovery operations in Staten Island and near the World Trade Center site after the attack on New York City on September 11.

You wanted to help more, but what could you do?

This was so soon after it happened, like a day or two. So we had to give ourselves, you know, our command and Headquarters and the FBI on the whole to figure out what we needed to do, thinking the fact that we're also victims and probably in shock ourselves, you know what I mean?

So I was on the HAZMAT team for the New York office at the time, and directed by HMRU (Hazardous Materials Response Unit) to have somebody be down there to make sure that our evidence people, our evidence agents, ERT Evidence Response Team) agents, were wearing the proper PPE (personal protective equipment).

It was kind of, I don't know, it was kind of mixed feeling about that because I don’t think may people were wearing PPE at the time because everybody was so, they were just so worried about people trapped.

And you hear the firemen alarms going off. Still, people were just running to the pile, just wanting to help so badly.

So, me standing there with PPE on, while everybody else is just clawing, it just felt kind of odd, weird.

But we were ordered not to do anything with the pile.

And I honestly believe, obviously that's a blessing now because unfortunately everybody that's sick and ill or has died from the air and what they were exposed to.

I believe our ADIC at the time basically saved our lives by that, by ordering us not to go on the pile.

But it was very conflicting that we weren’t allowed to at the time.

It was very frustrating because you wanted to help.