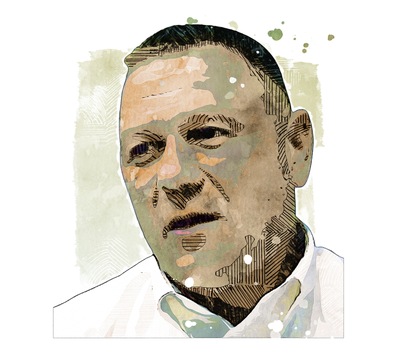 Special Agent M.S. was one of three supervisory agents from the Pittsburgh Field Office on the scene after terrorists crashed a plane near Shanksville. He was in charge of site logistics.

The thing that I recall the most vividly was I'm walking down there expecting to see a plane crash and a catastrophe and body parts and debris littered all over the place.

But that's not what I saw.

I saw a big hole.

We're digging up dirt with backhoes and we're trying to find this plane, OK. We know the plane is in there.

But we're going down. You know, we're 20, 30 feet. And a lot of the stuff we're finding was pretty crucial to tying together the pieces of what was going on here.

So it was kind of an important--you know--you couldn't let up and say, OK, they're going to go down and dig five more feet of dirt today. Because you don't know what was in that five feet of dirt.

And a lot of times, they were finding things that were kind of crucial pieces.

You know, a lot of people that have never been to a scene like this will think, "What is there to digging up a plane that's buried in the ground?"

Well, yeah, you can dig up anything. It doesn't take long.

But, to dig it up forensically? And to find whatever evidence is in that is painstaking.

It is one of the most painstaking things you'll ever do.

And you have to understand going in that this is going to be a long process. It's going to take a long time.

It's not like CSI on television where yo go in with a backhoe and dig it up and there's all the evidence laying there.

It just doesn't work that way.