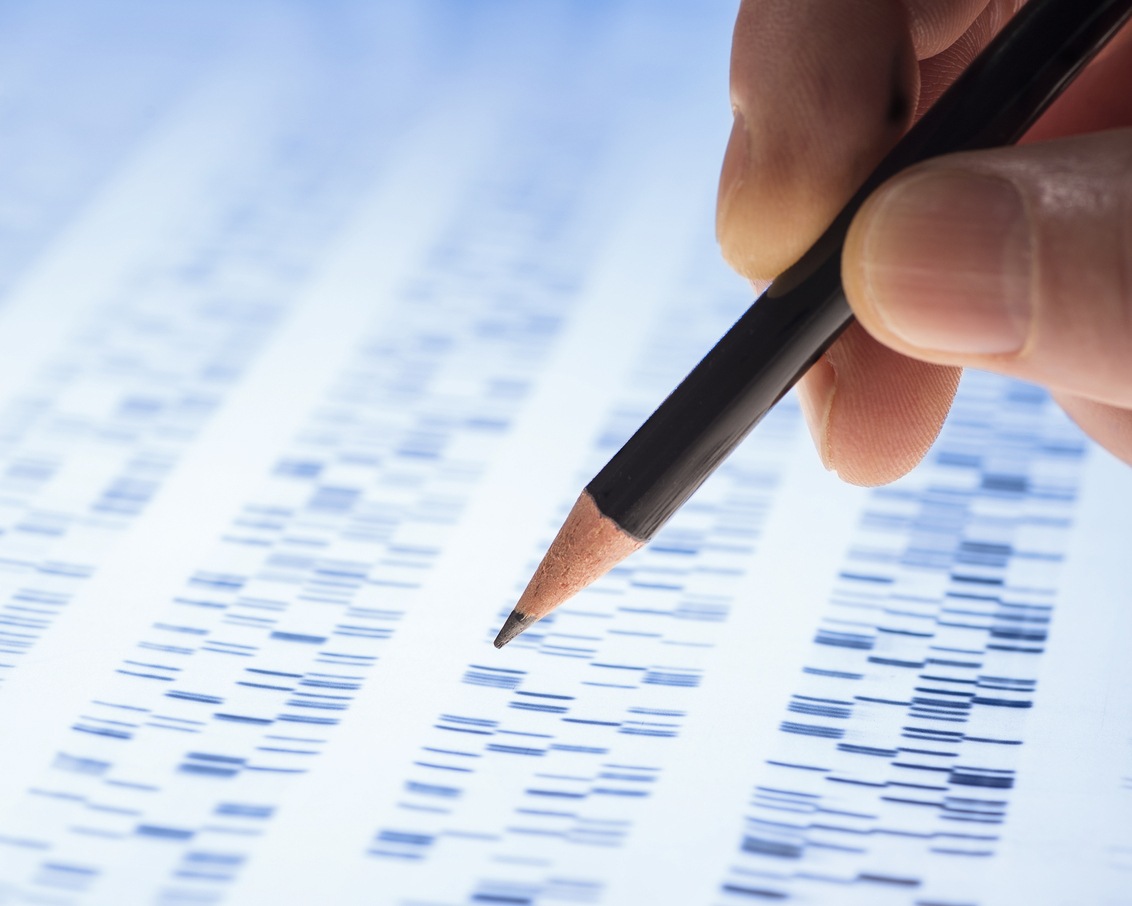 As of January 2019, federal law enforcement has the ability to view a subject’s DNA status via their NCIC criminal history record. Near the top of the criminal history record, above the biographical information, there now is a DNA indicator that will inform law enforcement as to whether or not a DNA profile already exists in the Combined DNA Index System (CODIS) for a particular subject. This report can be accessed at any time prior to arrest and/or booking, therefore saving law enforcement time and resources by significantly reducing duplicative DNA collections. This DNA indicator is useful for determining whether or not a previously submitted DNA sample has been uploaded to CODIS. If the status of a DNA sample submitted within the last 30 days must be determined, the FDDU Sample Status Request form is recommended.

The Federal DNA Database Unit (FDDU) serves the greater forensic community by aiding investigations through hit confirmations against individuals whose profiles are in the National DNA Index System (NDIS). Agencies submit blood or buccal samples to the unit from individuals who are required by law to do so. These include individuals convicted of, arrested for, or facing charges of certain qualifying federal crimes or convicted of qualifying District of Columbia offenses, as well as non-U.S. citizens who are detained under the authority of the United States. FDDU then produces a DNA profile for each of these individuals and uploads it to the NDIS, which is part of the Combined DNA Index System (CODIS).

These known DNA profiles are then searched against unknown forensic profiles from crime scenes across the country. If a match is identified, the casework laboratory can request FDDU to confirm the offender sample DNA profile. Once the profile is confirmed, the FDDU will then release the subject's personal identifying information back to the casework laboratory. This information can then be passed on to investigators in the hopes of apprehending the perpetrator. Thanks to law enforcement agencies and their sample submissions, FDDU has uploaded over one million profiles to NDIS and has aided thousands of investigations to date.

How We Do It 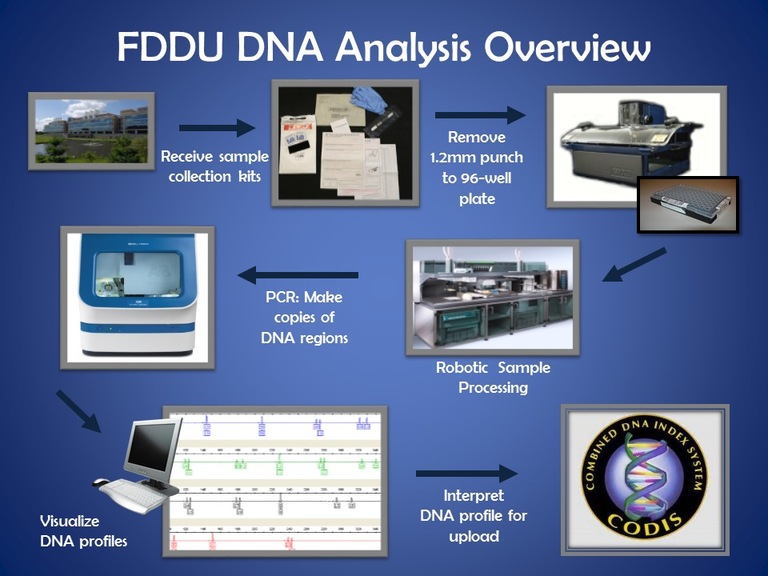 Under the overall direction of the FDDU chief, unit operations effectively cascade across two supervisors and are guided by their respective management of integral program teams. A team of accessioning scientists handle the initial triage of submissions into the unit, inventorying samples, inputting specimen data, and preparing specimens for the beginning stages of testing. A team of laboratory scientists apply robotic processing stations and high-throughput instrumentation to generate DNA typing results from samples within days of sample acceptance. A team of reporting scientists interprets the resulting DNA profiles, approve data for upload, and author correspondence to casework laboratories regarding database associations confirmed between FDDU specimen DNA profiles and corresponding evidentiary DNA profiles.

On a compliance level, the FDDU is supported by teams of DNA technical specialists and DNA program specialists, who have critical responsibilities within the unit for ensuring the quality assurance and quality control of analytical testing, as well as conformance of database operations with established procedural requirements.

Administratively, the unit is supported by a team of management and program analysts with responsibilities for budgetary execution, procurement, inventory, and logistical applications. The unit relies heavily upon an information technology team to support the unit network and overall infrastructure backbone that drives the various operational applications.

History of the Unit and Legislation

FDDU was initially established in 2000 as the Federal Convicted Offender (FCO) Program as a result of the DNA Backlog Elimination Act. Expanding DNA legislation over the next decade significantly impacted both the scope and direction of the FCO Program, which began overseeing the uploading of DNA profiles into NDIS in 2002 and became its own unit, FDDU, in 2009. By July 2015, the unit uploaded its one millionth sample to NDIS.

Read more about major milestones in the history of FDDU and the legislation directing the unit's mission.

The current Bode Buccal Collection Kit, released October 1, 2016, and previous kits can be submitted to FDDU by following the instructions in the respective links. The letters “B”, “C”, “D”, and “E” referenced for the kit will be the first character of the kit barcode printed on the main kit envelope:

The Federal DNA Database has created an instructional DVD video available for training and education about our unit and DNA collection kits. These DVDs are available for official law enforcement and other federal collection agencies only. They are free of charge; please email us at fddu@ic.fbi.gov if you would like to place an order.

For further information, please contact FDDU by e-mail at fddu@ic.fbi.gov, or alternatively: