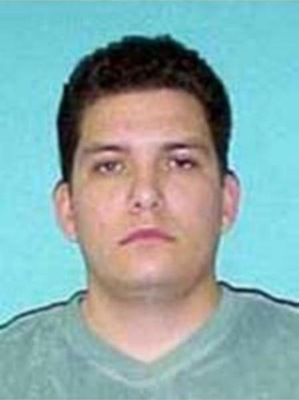 Grijalva may travel to Las Vegas, Nevada, or Miami, Florida. Grijalva is believed to be in Ecuador.

Fernando Grijalva is wanted for allegedly embezzling over $3 million while working for a subsidiary of a multibillion dollar company, in Boca Raton, Florida. The subsidiary purchased computer supplies and equipment, and sold these products to various distributors. From 2002 through 2003, while head of accounts payable for this company, Grijalva allegedly issued fraudulent invoices under the name of a bogus company that he created.

On December 12, 2003, a complaint was filed by the United States Magistrate, United States District Court, Southern District of Florida, charging Grijalva with mail fraud and bank fraud, and a federal warrant was issued for his arrest.

Grijalva is also wanted by local law enforcement authorities in Florida for violating his probation which followed an unrelated charge for grand theft in 2001.