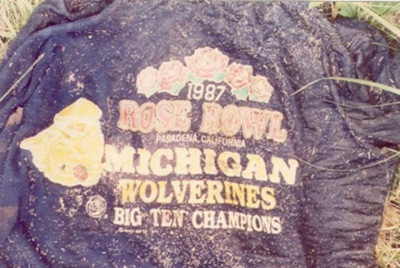 On May 26, 1987, the body of an unidentified White male was found along Highway W in Warren County, Missouri. It is estimated that he had been there for 4-5 days prior to discovery. The victim was found decapitated and his hands were cut off. He had an irregular scar described as being "right of the mid-line," approximately 2" in length. This scar is possibly from an old gunshot wound that was not treated professionally.

The victim had 82 cents in his front pocket, along with a 1983 gold-colored token from the Kansas City International Airport. It is believed the victim was killed elsewhere and his body was dumped.