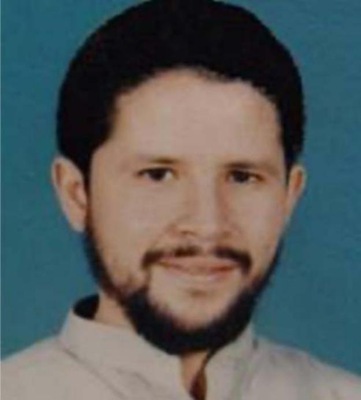 The Rewards For Justice Program, United States Department of State, is offering a reward of up to $7 million for information leading to the location of Abd al Rahman al Maghrebi.

Al Maghrebi may have facial hair to include a beard and mustache.  He can be associated with the following countries: Morocco, Germany, Pakistan, Afghanistan, and Iran.

Abd al Rahman al Maghrebi, a Moroccan born national, is wanted for questioning in connection with his membership in Al Qaeda, an organization known for committing acts of terrorism against the United States.  Al Maghrebi reportedly studied software programming in Germany before travelling to Afghanistan where he was selected to manage Al Sahab, Al Qaeda’s primary media wing.  Following the events of September 11, 2001, Al Maghrebi fled to Iran and possibly travels between Iran and Pakistan.  The son-in-law of Al Qaeda's current emir, Ayman Al-Zawahiri, Al Maghrebi has been designated by the United States Government as a senior leader of Al Qaeda.