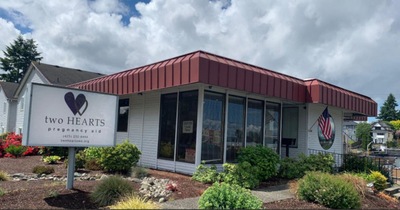 On the night of June 27, 2022, the Two Hearts Pregnancy Aid clinic building in Everett, Washington, was vandalized.  Evidence of an incendiary device was recovered from the scene, and was believed to have been thrown through a window in an attempt to cause a fire.  The FBI is asking for the public’s assistance in identifying the individual(s) responsible for this crime.

If you have any information concerning this case, please contact the FBI's Toll-Free at 1-800-CALL-FBI (1-800-225-5324). You may also contact your local FBI office, the nearest American Embassy or Consulate, or you can submit a tip online at tips.fbi.gov.