ROBBERY OF AN ARMORED CAR

ROBBERY OF AN ARMORED CAR 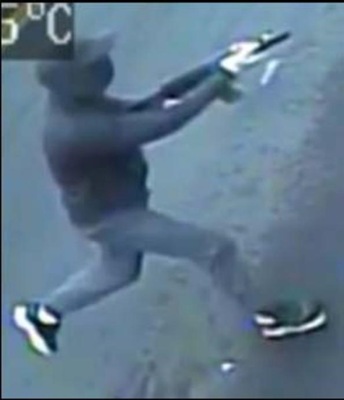 The FBI is offering a reward of up to $10,000 for information leading to the arrest and conviction of the individuals responsible for this crime. Additional reward money may be available.

The Federal Bureau of Investigation's Washington Field Office Violent Crimes Task Force and Detectives from the Metropolitan Police Department’s Criminal Investigations Division are seeking the public’s assistance in identifying and locating several suspects in reference to the armed robbery of an armored car that occurred on Wednesday, October 6, 2021, in the 1300 block of Good Hope Road, SE, Washington, D.C.

If you have any information concerning this case, please contact the FBI's Washington Field Office at (202) 278-2000 or the Washington DC Metropolitan Police Department at (202) 727-9099. You may also contact your local FBI office, the nearest American Embassy or Consulate, or you can submit a tip online at tips.fbi.gov.