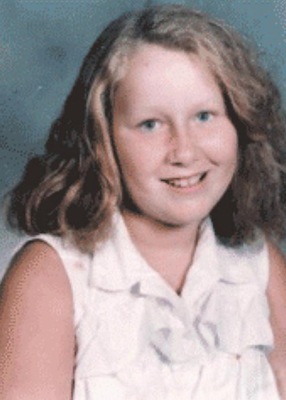 The FBI is offering a reward of up to $25,000 for information leading to the arrest and conviction of the individual(s) responsible for the death of Kristy Leigh Yates.

The Federal Bureau of Investigation in Little Rock, Arkansas, is seeking information regarding the death of Kristy Leigh Yates.  On April 26, 1997, 15-year-old Kristy was brutally murdered, and her body was discovered in northern Garland County, Arkansas.  Kristy was last seen at the Hot Springs Mall on April 25, 1997.  Investigators believe the individual(s) responsible for Kristy’s death may reside in Arkansas.

If you have any information concerning this case, please contact the Little Rock Office of the FBI at (501) 221-9100, your local FBI office, or the nearest American Embassy or Consulate.