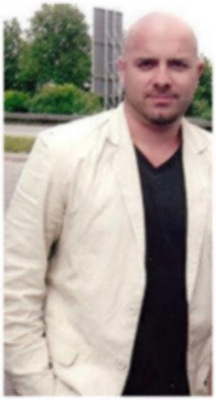 The Rewards for Justice Program, United States Department of State, is offering a reward of up to $5,000,000 for information leading to the arrest or conviction in any country of any individual who committed, conspired to commit, or aided or abetted in the commission of, the murder of United States citizen Joel Wesley Shrum.

On March 18, 2012, United States citizen Joel Wesley Shrum was driving to his place of employment in Ta’izz, Yemen, when two gunmen armed with AK-47s approached Shrum’s vehicle on a motorcycle and fired on the vehicle.  Shrum was pronounced dead at the scene.  Al-Qaida in the Arabian Peninsula (AQAP) claimed responsibility for the murder.  At the time of his death, Shrum worked at the International Training and Development Center as an administrator and English teacher.  He was living in Yemen with his wife and two young children.

The FBI is asking anyone with information concerning this case to please contact your local FBI office, the nearest American Embassy or Consulate, or submit a tip on the FBI’s website by visiting tips.fbi.gov. Tips can remain anonymous.