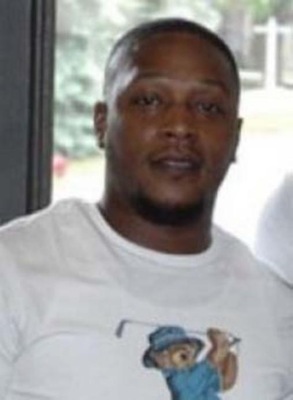 The FBI is offering a reward of up to $10,000 for information leading to the arrest and conviction of the individual(s) responsible for the murder of Jerome Deshaun Ezell.

On November 7, 2017, Jerome Deshaun Ezell was reported missing to the Lansing Township Police Department.  Ezell’s vehicle, a white 2017 Chevy Equinox, was located near 1175 N. Fairview Street in Lansing, Michigan.  Officers found Ezell's infant son in the vehicle but did not find Ezell.  On December 12, 2018, Ezell's remains were discovered in a wooded area off 1-94 in Van Buren County.  He was 27 years old when he disappeared.  Foul play is suspected.

If you have any information concerning this case, please contact the Michigan State Police at 517-898-1285 or Crime Stoppers at 517-483-STOP. You may also contact your local FBI office, the nearest American Embassy or Consulate, or you can submit a tip online at tips.fbi.gov.