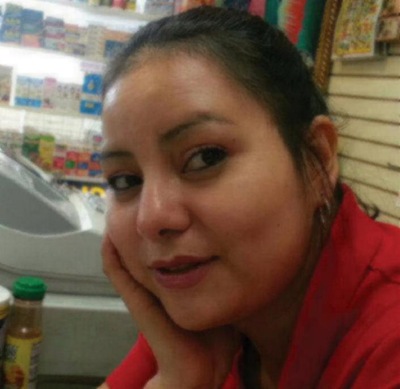 The FBI is offering a reward of up to $20,000 for information leading to the arrest of the individual(s) responsible for the murder of Glenda Marisol Coca-Romero.

The FBI and the Prince William County Police Department are seeking information in connection with the murder and attempted murder of two employees of the Platanillos Grocery and Jewelry store in Woodbridge, Virginia. On the night of February 21, 2014, shortly before 9 p.m., the victim employees were shot after three unknown male suspects entered the store where they worked. After the shooting, the suspects immediately fled the store without taking any property or money. One of the shooting victims, 21-year-old Glenda Marisol Coca-Romero, died at the scene, and the other victim was transported to an area hospital with critical injuries. Coca-Romero was the mother of an infant.

Anyone with information regarding this case is asked to call the Prince William County Police Department at (703) 792-7000. You may also contact the FBI Washington Field Office, or your local FBI office or the nearest American Embassy or Consulate. Tips can remain anonymous.