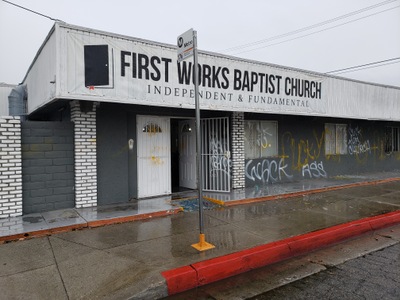 The FBI is offering a reward of up to $25,000 for information leading to the arrest and conviction of the person or persons responsible for the bombing.

The FBI is asking for the public's assistance in identifying the individuals responsible for the bombing of the First Works Baptist Church in El Monte, California, on January 23, 2021.

At approximately 1:00 a.m., the El Monte Police Department received its first 9-1-1 call regarding an explosion at the First Works Baptist Church, located at 2600 Tyler Avenue in El Monte. The police department responded and discovered a post-blast scene at the church.

It is reported that a male and female suspect were observed smashing a church window, then lighting an object and throwing it inside the church shortly before the explosion. The suspects then fled on foot to a vehicle, which they entered before fleeing the scene.

Anyone with information concerning this incident is asked to call the FBI's Los Angeles Field Office at (310) 477-6565.