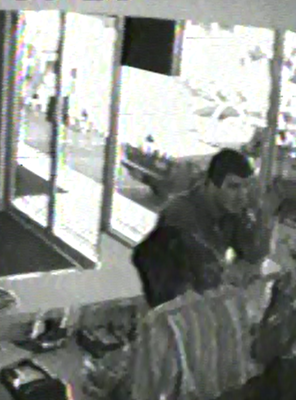 The FBI is seeking information on the bombing of Alas Chiricanas Airlines Flight 00901 on July 19, 1994, or any of the suspicious activity described.

At approximately 4:30 p.m. Central Daylight Time (CDT), Flight 00901 departed from France Field, Colón, Panama, with a destination of Panama City, Panama. The flight exploded shortly after takeoff, killing all 21 people on board. Authorities are seeking information that may pertain to possible suspect(s) and the crime that occurred aboard this flight. All deceased passengers and crew in the Flight 00901 crash were claimed, except one. A body has possibly been identified as Ali Hawa Jamal. He is suspected of carrying the bomb aboard the aircraft.

According to reports, an unidentified Middle Eastern male used the stolen credit card of a US citizen to rent a Mazda 4x4 at a Vantage Rent-a-Car located in Panama City, Panama, on May 27, 1994. The next day the same unidentified individual called the car rental agency and stated he wanted to rent a second car, a Jeep Cherokee 4x4, as his friend was using the initial car that was rented. The individual charged both cars to the stolen credit card. Both cars were later found abandoned near Tocumen Airport in Panama City, Panama.

On  May 28, 1994,  it was further reported that possibly the same Middle Eastern male utilizing the same stolen credit card, purchased a two-line telephone system from a Panamanian business. Ali Hawa Jamal had a Motorola Radio P-500 radio with him during the ill-fated flight of Alas Chiricanas Airlines Flight 00901.

It is unknown if the unknown Middle Eastern males were associates of Ali Hawa Jamal. The unknown males are believed to have traveled to Colombia, Venezuela, Costa Rica and Lebanon. It is suspected that the Middle Eastern males were in contact with individuals in the region that has been linked to weapons traffickers. The Sidon, Lebanon based terrorist group Ansar Allah expressed support for the bombing through multiple media outlets. It is suspected that the attack was linked  to a terrorist group or groups allied with Ansar Allah's political beliefs.

If you have any information regarding these activities, please contact your local FBI office or nearest America Embassy of Consulate.