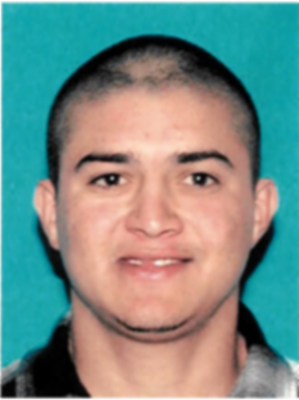 The FBI is offering a reward of up to $20,000 for information leading to the arrest of Manuel Virgen-Galvan.

Virgen-Galvan may be residing in, and has ties to, Mexico.

Manuel Virgen-Galvan is wanted for his alleged involvement in a murder in 2005.

On June 29, 2005, Virgen-Galvan allegedly shot and killed a 14-year-old boy in Sylmar, California, while the boy was in front of the boy's residence painting a friend's bicycle.

SHOULD BE CONSIDERED ARMED, DANGEROUS, AND AN ESCAPE RISK