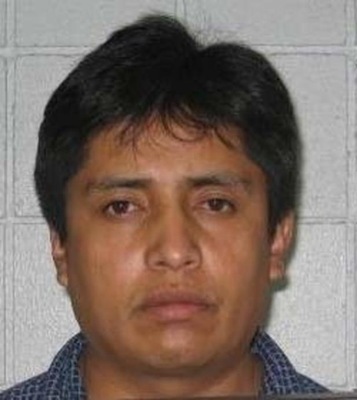 The FBI is offering a reward of up to $10,000 for information leading to the arrest and conviction of Maico Encarnacion Lopez.

Lopez has ties to communities in California and Mexico.

Maico Encarnacion Lopez is wanted for his alleged involvement in the murder of a woman on or about September 11, 2011.   On September 12, 2011, the woman’s body was discovered by Arvin Police Department officers during a welfare check at a residence located on the 100 block of Monroe Avenue in the Kern County community of Arvin, California.  Lopez and the victim were in a relationship and shared two children.  Law enforcement officials believe Lopez fled the area with his children after the alleged murder.  The Federal Bureau of Investigation, the Kern County District Attorney’s Office, and the Arvin Police Department are seeking assistance from the public to locate him.

A felony complaint was filed, and an arrest warrant issued, in the Superior Court of California, County of Kern, Bakersfield Judicial District, on March 2, 2012. The Kern County District Attorney’s Office unsealed the warrant for Lopez’s arrest on March 12, 2020.  A federal arrest warrant was issued for Lopez in the United States District Court, Eastern District of California, Bakersfield, California, on September 27, 2011, after he was charged with unlawful flight to avoid prosecution.

If you have any information regarding this case, please contact your local FBI office, the nearest American Embassy or Consulate, or you can submit a tip online at tips.fbi.gov. Tips can remain anonymous.