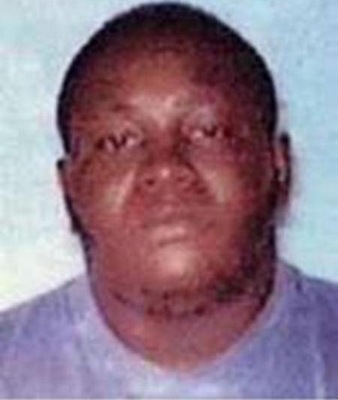 The FBI is offering a reward of up to $50,000 for information leading to the location and arrest of Kevin Carter.

Carter has a pierced ear. He allegedly has ties to Fort Wayne, Indiana, Ohio, and Florida.

Kevin Lamont Carter, a convicted felon, is wanted for his alleged involvement in the murder of his girlfriend, Angela Marshall, in Selma, Alabama. On March 25, 1995, Carter allegedly drove to Marshall's residence, called her to come to his car, and shot her several times when she approached him. The day before this murder, Carter was released from jail after completing an 18-month sentence for rape.

On March 25, 1995, a state warrant was issued for Carter's arrest after he was charged with murder in Alabama. On September 22, 1995, Carter was indicted for capital murder by a Dallas County, Alabama, Grand Jury. In addition, a federal arrest warrant was issued on March 25, 2002, by the United States District Court, Southern District of Alabama, after Carter was charged federally with unlawful flight to avoid prosecution.