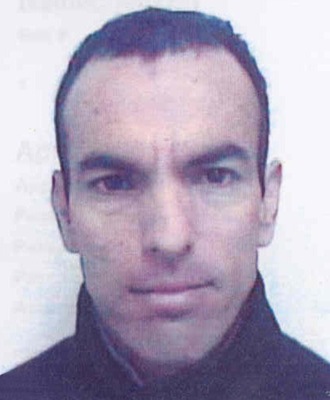 The FBI is offering a reward of up to $50,000 for information leading to the arrest and conviction of Juan Laureano-Arvizu.

Juan Laureano-Arvizu, aka Chaquetin, is being sought in San Diego for a series of violent crimes. Chaquetin was an alleged member of a drug cartel enforcement crew known as Los Palillos. This gang originally operated under the Arellano Felix Organization (AFO), a drug-trafficking organization in Tijuana, Mexico. It is reported that after leadership in the AFO was arrested, members of the Los Palillos fled to the United States and continued to operate as an independent gang, with an established drug distribution headquartered in San Diego County. This gang was suspected of kidnapping, torturing, and murdering nine people in San Diego County. And, between 2004-2007, Chaquetin allegedly participated in the abductions and murders.

On August 26, 2009, an arrest warrant was issued for Laureano-Arvizu, by the Superior Court of California, County of San Diego. He was charged with the following crimes: murder; attempted murder of a police officer; kidnapping for ransom; robbery; attempted kidnapping; shooting at an inhabited occupied structure; attempted robbery; and conspiracy to commit kidnapping for ransom. A federal arrest warrant was issued on December 3, 2014, by the United States District Court, Southern District of California, after Laureano-Arvizu was charged with unlawful flight to avoid prosecution.

If you have any information concerning this person, please contact your local FBI office or the nearest American Embassy or Consulate. You may also contact the San Diego FBI Office at (858) 320-1800.