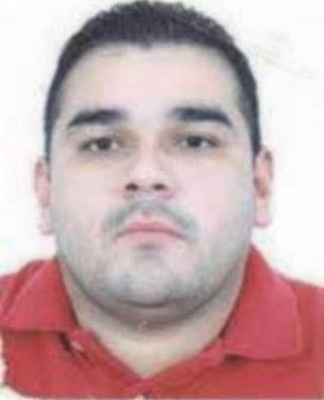 The FBI is offering a reward of up to $100,000 for information leading to the arrest or location of Chacon-Morales.

Jose Juan Chacon-Morales, a.k.a. “Camello,” is wanted for his role in the July 23, 2009, murder of United States Border Patrol Agent Robert W. Rosas, Jr., in Campo, California, a short distance from the United States/Mexico International Border.

Chacon-Morales, a Mexican national, is one of five men charged in the murder and the only one still outstanding. Chacon-Morales’ four co-conspirators were all taken into custody in Mexico, transferred to the United States, and all four have pled guilty.

Chacon-Morales was allegedly the boss of the group on the night of the murder and remained as an armed lookout at the fence in Mexico while some of his co-conspirators entered the United States where they robbed and murdered Agent Rosas.

Chacon-Morales has been charged federally with the following crimes: conspiracy; robbery of personal property of the United States; unlawful confinement of a federal officer resulting in death; murder of a federal officer committed in perpetration of a robbery and unlawful confinement; use and carrying of a firearm during the commission of a crime of violence; and aiding and abetting.

A federal arrest warrant was issued by the United States District Court, Southern District of California, on May 11, 2010.