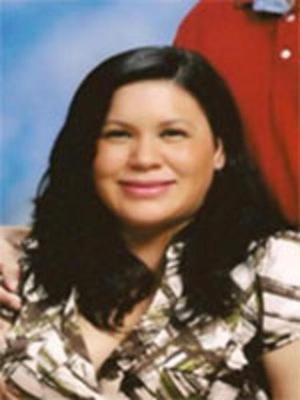 Ayala may have ties to El Salvador, Guatemala, and Mexico. She may be traveling with her husband, Noe Castillo-Ramirez, and their young daughter in a black Toyota T-100 pick-up truck with Georgia license plates BKM9384. Castillo-Ramirez, who is wanted on a local arrest warrant and is charged with hindering the apprehension of a fugitive, is described as a Hispanic male, 5'10", 160 pounds, with black hair, brown eyes, and a date of birth of April 25, 1980.

Caris E. Ayala is wanted for the murder of a five-month-old boy in Sandy Springs, Georgia. On October 2, 2012, Ayala was babysitting for the boy in her apartment when she called authorities to report that the boy was unresponsive. He was transported by ambulance to Children's Hospital in Atlanta, Georgia, where it was determined that he had suffered a severe head/brain injury and was placed on life support. After the baby was later removed from life support on October 26, 2012, he died.