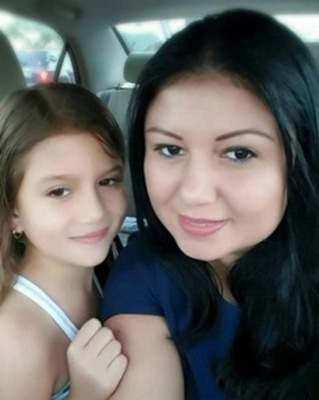 The FBI is offering a reward of up to $25,000 for information leading to the whereabouts of Liliana and Daniella Moreno.

The FBI's Miami Field Office's South Florida Violent Crime and Fugitive Task Force (SFVCTF) is seeking the public's assistance in locating Liliana Moreno and her daughter, Daniella Moreno, who have been missing from Doral, Florida, since May 30, 2016. They were allegedly last seen at or near the Home Depot located at 13895 Okeechobee Road in Hialeah, Florida. They have not been seen or heard from since that day.

Liliana is described as a White (Hispanic) female born December 24, 1973. She has brown hair and brown eyes.

Daniella is described as a White (Hispanic) female born October 4, 2007. She has brown hair and brown eyes.

Anyone with information regarding the whereabouts of Liliana and Daniella Moreno should contact their local FBI office, or the nearest American Embassy or Consulate.