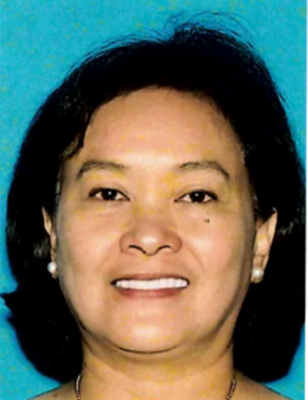 Teresita Tolibas Dandan is wanted for her alleged participation in a labor trafficking scheme that brought members of a Philippines-based church to the United States, via fraudulently obtained visas, and forced the members to solicit donations for a bogus charity, donations that actually were used to finance church operations and the lavish lifestyles of its leaders. Members who proved successful at soliciting for the church allegedly were forced to enter into sham marriages or obtain fraudulent student visas to continue soliciting in the United States year-round. Dandan allegedly played a central role in recruiting female victims, including minor victims, to work as personal assistants, or “pastorals” for church founder Apollo Carreon Quiboloy. The victims allegedly were required to prepare his meals, clean his residences, give him massages and were required to have sex with Quiboloy on a schedule determined by Dandan, Quiboloy, and others in what was referred to as “night duty.”

Dandan is the alleged “international administrator” who was one of the top overseers of the church and the bogus charity operations in the United States. Dandan was indicted in the United States District Court for the Central District of California, Santa Ana, California, for conspiracy to engage in sex trafficking by force, fraud and coercion and sex trafficking of children; sex trafficking by force, fraud and coercion; conspiracy; and promotional money laundering, and on November 10, 2021, a federal warrant was issued for her arrest.