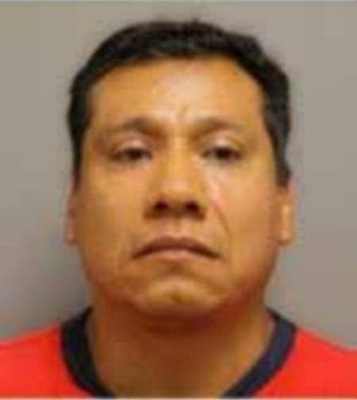 The FBI is offering a reward of up to $50,000 for information leading to the arrest of Alfonso Angel Diaz-Juarez.

Diaz-Juarez has ties to Mexico, Texas, and Florida.

The FBI is seeking the public’s assistance in locating Alfonso Angel Diaz-Juarez, who is being sought for alleged offenses relating to human trafficking, namely conspiracy to commit sex trafficking and conspiracy to harbor illegal aliens. In October 2013, Diaz-Juarez, a Mexican national, was indicted with 13 other co-conspirators for running an international sex-trafficking organization. Diaz-Juarez, reportedly one of the most violent individuals in the organization, is the only remaining fugitive in the case.

As reported to the FBI, it is alleged that the following criminal activities occurred. The criminal acts in the conspiracy involve acts committed by Diaz-Juarez and others against undocumented Mexican women and children. The sex-trafficking conspiracy operated from 1999 through October 2013 and relied on “padrotes,” or pimps, to supply women and girls for the brothels, bars, and cantinas owned and operated by co-conspirators. Diaz-Juarez is one of these pimps. During the investigation, it was revealed that some women and girls were compelled into performing commercial sex acts through the use of force, fraud, coercion, or a combination thereof, including the use of locked rooms to maintain control over the young women and girls. Diaz-Juarez used force and/or violence to punish and control young females he prostituted in the Houston area.

On October 10, 2013, a federal arrest warrant was issued by the United States District Court, Southern District of Texas, Houston Division, after Diaz-Juarez was charged with sex-trafficking conspiracy and conspiracy to harbor illegal aliens.