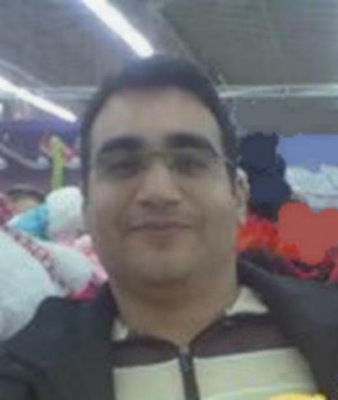 Ajily wears glasses.  He is believed to be living in Iran.

Mohammad Saeed Ajily and Mohammad Reza Rezakhah are wanted for allegedly conspiring with others to hack into the network and computers of a United States cleared defense contractor in Vermont in order to steal valuable company software and business information.  Ajily and Rezakhah allegedly utilized compromised servers provided by a third co-conspirator to mask their true location and identity, and to launch computer intrusions against victim companies, including the United States cleared defense contractor.  As part of this intrusion, which occurred between approximately 2007 and 2013, Ajily and Rezakhah allegedly stole the company’s sophisticated software product and other proprietary information.

On April 21, 2016, a federal grand jury in the United States District Court, District of Vermont, Burlington, Vermont, indicted Ajily and Rezakhah for their alleged involvement in the conspiracy and a federal warrant was issued for their arrest after they were charged with Conspiracy to Commit Computer Fraud, Computer Fraud, Wire Fraud, Violation of International Emergency Economic Powers Act (IEEPA), and Violation of International Traffic in Arms Regulations (ITAR).