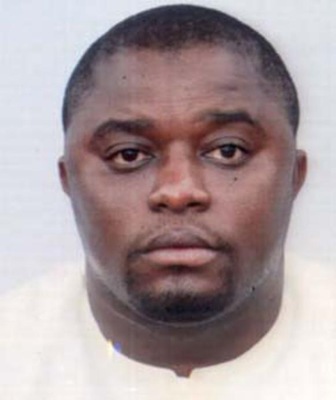 Olorunyomi is believed to currently reside in Nigeria.

Micheal Olorunyomi is wanted for his alleged involvement in a Business Email Compromise (BEC) scheme that defrauded over 70 different businesses in the United States resulting in combined losses of over $6,000,000 USD.

Olorunyomi allegedly conducted romance fraud schemes often targeting vulnerable elders or widows.  Olorunyomi allegedly defrauded several victims out of more than $1,000,000 USD.  Additionally, the bank accounts of many of Olorunyomi’s alleged romance scam victims were provided to other co-conspirators to be used to receive fraudulent wire transfers from other fraud schemes.  On November 13, 2019, Olorunyomi was indicted in the United States District Court, District of Nebraska, Omaha, Nebraska, on charges of Conspiracy to Commit Wire Fraud, Identity Theft, and Access Device Fraud.  On November 14, 2019, a federal warrant was issued for his arrest.