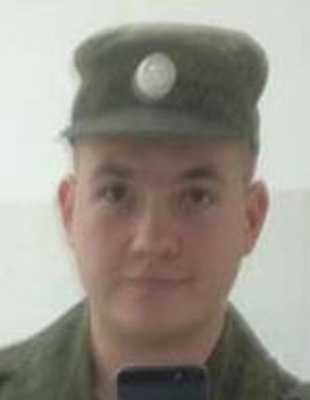 Ochichenko is alleged to have been a Russian military intelligence officer, assigned to Unit 74455.  He was last known to be located in Moscow, Russia.

On October 15, 2020, a federal grand jury sitting in the Western District of Pennsylvania returned an indictment against six Russian military intelligence officers for their alleged roles in targeting and compromising computer systems worldwide, including those relating to critical infrastructure in Ukraine, a political campaign in France, and the country of Georgia; international victims of the “NotPetya” malware attacks (including critical infrastructure providers); and international victims associated with the 2018 Winter Olympic Games and investigations of nerve agent attacks that have been publicly attributed to the Russian government. The indictment charges the defendants, Artem Valeryevich Ochichenko, Yuriy Sergeyevich Andrienko, Sergey Vladimirovich Detistov, Pavel Valeryevich Frolov, Anatoliy Sergeyevich Kovalev, and Petr Nikolayevich Pliskin, with a computer hacking conspiracy intended to deploy destructive malware and take other disruptive actions, for the strategic benefit of Russia, through unauthorized access to victims’ computers.  The indictment also charges these defendants with false registration of a domain name, conspiracy to commit wire fraud, wire fraud, intentional damage to protected computers, aggravated identity theft, and aiding and abetting those crimes. The United States District Court for the Western District of Pennsylvania issued a federal arrest warrant for Artem Valeryevich Ochichenko upon the grand jury’s return of the indictment.