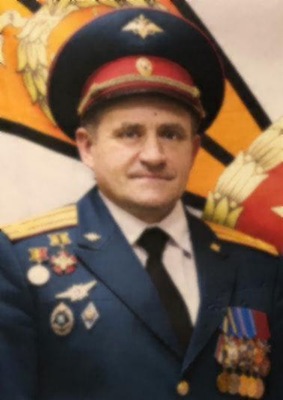 Osadchuk is alleged to have been a Russian military intelligence officer who held the rank of Colonel and was the commanding officer of Unit 74455.  Osadchuk was last known to be located in Moscow, Russia.

On July 13, 2018, a federal grand jury sitting in the District of Columbia returned an indictment against 12 Russian military intelligence officers for their alleged roles in interfering with the 2016 United States (U.S.) elections.  The indictment charges 11 defendants, Aleksandr Vladimirovich Osadchuk, Dmitriy Sergeyevich Badin, Boris Alekseyevich Antonov, Ivan Sergeyevich Yermakov, Aleksey Viktorovich Lukashev, Sergey Aleksandrovich Morgachev, Nikolay Yuryevich Kozachek, Pavel Vyacheslavovich Yershov, Artem Andreyevich Malyshev, Aleksey Aleksandrovich Potemkin, and Viktor Borisovich Netyksho, with a computer hacking conspiracy involving gaining unauthorized access into the computers of U.S. persons and entities involved in the 2016 U.S. presidential election, stealing documents from those computers, and staging releases of the stolen documents to interfere with the 2016 U.S. presidential election.  The indictment also charges these defendants with aggravated identity theft, false registration of a domain name, and conspiracy to commit money laundering.  Two defendants, Aleksandr Vladimirovich Osadchuk and Anatoliy Sergeyevich Kovalev, are charged with a separate conspiracy to commit computer crimes, relating to hacking into the computers of U.S. persons and entities responsible for the administration of 2016 U.S. elections, such as state boards of elections, secretaries of state, and U.S. companies that supplied software and other technology related to the administration of U.S. elections.  The United States District Court for the District of Columbia in Washington, D.C. issued a federal arrest warrant for Aleksandr Vladimirovich Osadchuk upon the grand jury’s return of the indictment.