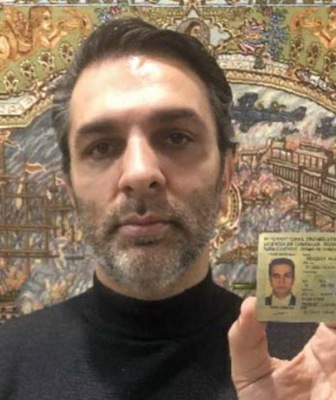 Khazein is a resident of Iran.

Mahmoud Khazein, Omid Noori, Alireza Shahvaroghi Farahani, and Kiya Sadeghi are wanted for allegedly conspiring to kidnap, to violate the International Emergency Economic Powers Act, to commit bank and wire fraud, and to commit money laundering.  The charges relate to the actions by the Government of the Islamic Republic of Iran to target Iranian dissidents.  The regime views these dissidents as enemies of the state because of their criticism of the regime’s human rights violations, and their public statements against the Iranian Government.  Since at least approximately 2019, the Government of Iran has allegedly lured several expatriate Iranian dissidents to locations where they were arrested or kidnapped and sent to Iran for imprisonment and execution.

The men also allegedly conspired to kidnap and/or lure a United States citizen, as well as victims residing in other countries.  They allegedly hired a private investigator to conduct surveillance on an individual in furtherance of a plot to kidnap or harm the victim based on their anti-regime activism.  Khazein is an intelligence asset of the Government of Iran and allegedly assisted the network in researching travel routes from the victim's residence to waterfront neighborhoods near the residence.

In July of 2021, Khazein, Noori, Farahani, and Sadeghi were indicted in the United States District Court, Southern District of New York, on the charges listed above and federal warrants were issued for their arrests.