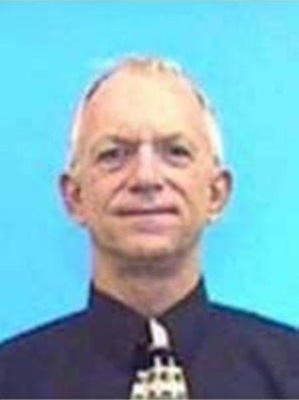 Waller is believed to have fled from the United States to the Philippines. He enjoys visiting Internet chat rooms.

From 2001 to 2006, Murray Gordon Waller was the Executive Director of the Alabama Safety Institute, Inc. in Mobile. This was a court referral program that monitored young men placed on formal probation by the court. During this time, Waller made threats to a probationer who was under his direct supervision. The probationer was ordered to perform deviate sex acts for and with Waller or go back to jail. Waller also used his home computer to find other men on the Internet and had the probationer to meet them and determine their suitability for sex acts.

In March of 2006, Waller was indicted for extortion first degree (2 counts) and extortion second degree (3 counts), and a warrant was issued for his arrest. On March 31, 2006, Waller was arrested and released on bond. Waller appeared for his arraignment hearing in May of 2006, however, he failed to appear for his status hearing in August of 2006. Waller's status hearing was rescheduled for September 7, 2006, but he failed to appear.

A state arrest warrant was issued by the Alabama Circuit Court of Mobile County on September 7, 2006, after Waller failed to appear on the extortion charges. Waller was charged federally with unlawful flight to avoid prosecution by the United States District Court, Southern District of Alabama, and on September 15, 2006, a federal warrant was issued for his arrest.

Waller's trial was scheduled for September 18, 2006, but he did not appear. In November of 2007, Waller was tried in absentia in Mobile, Alabama. He was found guilty on all charges.

SHOULD BE CONSIDERED ARMED AND DANGEROUS AND AN ESCAPE RISK