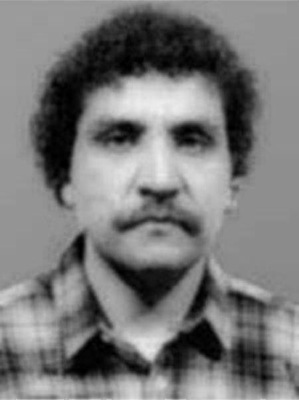 The FBI is offering a reward of up to $50,000 for information leading to the arrest of Luis Rosado.

Rosado has ties to New York City, New York, and Puerto Rico. He may travel to Havana, Cuba. He is allegedly an active member of the Fuerzas Armadas de Liberacion National de Puerto Rico (FALN), a clandestine terrorist organization.

Luis Rosado, along with an accomplice, allegedly entered a car dealership in Highland Park, Illinois, on December 10, 1980, and robbed the salesman at gunpoint. Rosado and his accomplice then allegedly bound the salesman and drove away with a stolen van from the dealership. Following a high-speed police chase, both were arrested and charged with armed robbery, kidnapping, theft, and aggravated battery. They were released on bond, however, Rosado failed to appear for his March of 1981 trial.

A state warrant was issued on March 6, 1981, for Rosado's arrest by the Circuit Court of the 19th Judicial Circuit, Lake County, Illinois. Rosado was charged federally with unlawful flight to avoid prosecution by the United States District Court, Northern District of Illinois, Eastern Division, and a federal warrant was issued for his arrest on March 6, 1981. Rosado's accomplice was tried in March of 1981, and was subsequently convicted and sentenced.