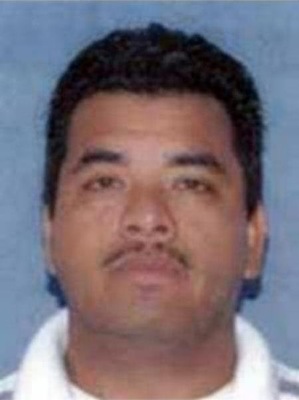 The FBI is offering a $15,000 reward for information leading directly to the capture of a Honduran national who tried to murder a teenager.

The FBI is offering a reward of up to $15,000 for information leading directly to the capture of Julio Cesar Guevara-Mejia.

Guevara-Mejia may have ties to the Palm Springs, California, and Houston, Texas, areas. He may travel to Mexico or Honduras.

Julio Cesar Guevara-Mejia is wanted for allegedly luring a female victim with whom he had a prior relationship from Sacramento, California, to a hotel in Davis, California, where he had rented a room. When the 19-year-old victim arrived at the hotel on November 10, 2007, Guevara-Mejia allegedly attempted to force her into the room. A bystander heard the victim scream for help and attempted to intervene on her behalf. At that time, Guevara-Mejia allegedly pulled out a handgun and fired a shot at the bystander, who was not injured. Guevara-Mejia then succeeded in forcing the victim into the hotel room where he allegedly forced her onto the bed and shot her in her right foot and then the left foot. He then allegedly aimed the weapon at her chest and fired at least three more rounds into her torso. The victim survived her injuries.