At the 1936 International Association of Chiefs of Police convention, then FBI Director J. Edgar Hoover remarked, “On average of once a week, somewhere in the United States, a law enforcement officer is killed at the hands of the underworld. It is unfortunate that we do not possess accurate statistics upon this subject...”

Law enforcement has always relied on good data to help make accurate and sound decisions, and as the head of one of the nation’s largest law enforcement organizations, FBI Director James B. Comey is no exception. In his Hard Truths: Law Enforcement and Race speech at Georgetown University in February 2015, Director Comey said,

“Not long after riots broke out in Ferguson late last summer, I asked my staff to tell me how many people shot by police were African-American in this country. I wanted to see trends. … They couldn’t give it to me, and it wasn’t their fault. Demographic data regarding officer-involved shootings is not consistently reported to us through our Uniform Crime Reporting Program. … 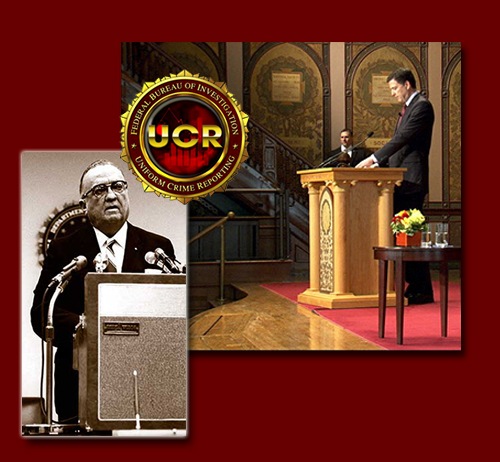 Laying the groundwork for a collection that addresses these concerns, the UCR Program—with the guidance of the Criminal Justice Information Services Advisory Policy Board—has already begun developing methodology to collect and publish data on police-involved shootings and use of force. Separate from its LEOKA Program (which examines shootings, both fatal and nonfatal, where the officer is the victim), the UCR Program is gearing up collect data on both officers and individuals involved in fatal and nonfatal shootings as well as those involved in instances of use of force by officers that result in serious bodily injury.