The Strategic Information and Operations Center (SIOC) is the FBI’s global command and communications center. It operates around the clock to maintain enterprise-wide situational awareness and to provide FBI leadership with strategic information by serving as a clearinghouse to collect, process, and disseminate information in a timely manner.

SIOC leverages existing resources and provides a platform for more informed decision-making. It supports senior leadership and program managers with an expanded information base and the ability to synthesize intelligence and other information. Additionally, its personnel supports field commanders representing the Bureau worldwide in major investigations, tactical operations, and other matters.

SIOC’s services go beyond the boundaries of its physical space. Its technological capabilities bring critical information from missions directly to desktops and conference rooms throughout FBI Headquarters and across the Bureau. Such information includes operational updates, the latest news wire services, maps, program information, case files, and intelligence reports.

The Bureau also maintains divisional centers within the Counterterrorism and Cyber Divisions. The SIOC Watch, the FBI’s sole watch center, has responsibility for the daily intake and dissemination of information for all programs, foreign and domestic, as well as administrative issues. It also works closely with Counterterrorism and Cyber divisional units to ensure that the full spectrum of strategic information and emerging events is handled in a seamless and efficient manner. This also ensures the proper flow of information to FBI Headquarters, field divisions, legal attachés, and other government agency operations centers within the intelligence community. 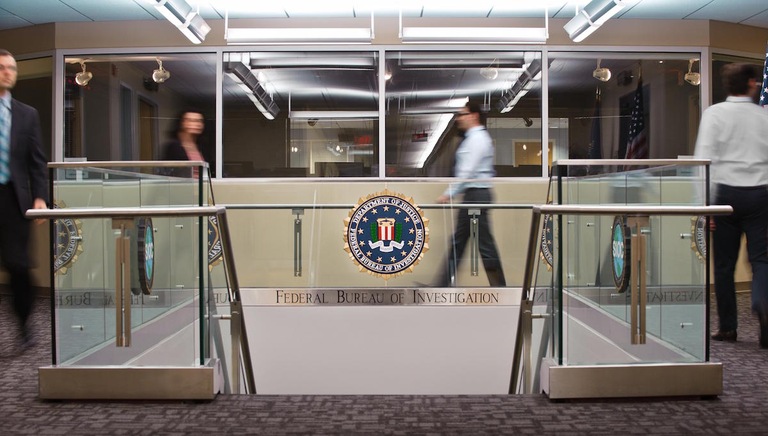 SIOC was created as a result of multiple simultaneous incidents that demanded a coordinated federal effort to create a national command post that could work around the clock and be ready to gear up at a moment’s notice. The Bureau understood the need for a global watch to centrally manage a major emergency of any kind, as well as oversee several crises at once. Major crimes and terrorist attacks can quickly become national emergencies involving dozens of agencies in different counties, states, and even countries, and the Bureau needed to be able to respond accordingly.

Over the course of its history, SIOC has assisted in resolving a number of national and global crises and major investigations, including:

SIOC has recently implemented a number of critical applications that provide greater support to both its domestic and international responsibilities. These include: 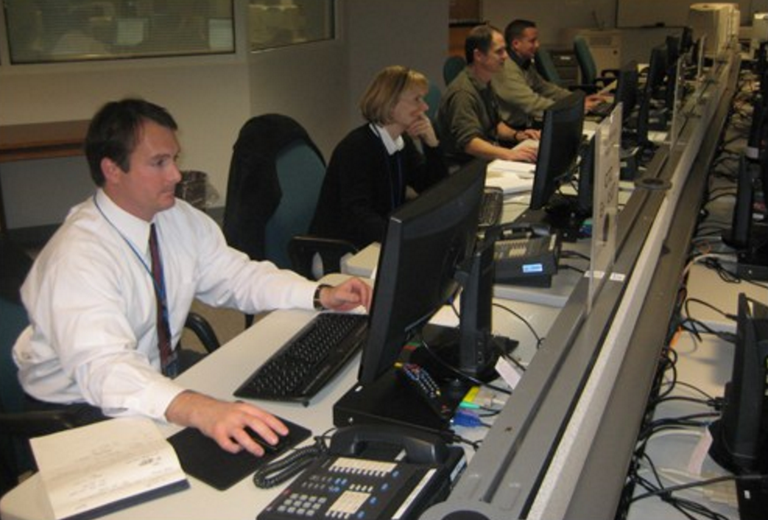 SIOC was created in 1989 to monitor all major events held in conjunction with the inauguration of President George H.W. Bush. It replaced an ad hoc emergency operations center that was created for specific crisis situations.

In November 1987, simultaneous prison uprisings in Oakdale, Louisiana and Atlanta, Georgia made it clear that FBI Headquarters needed a permanent center to handle several crises at a time. Accordingly, following a feasibility study by the Institute for Defense Analysis, SIOC was designed as a 24/7 command post, capable of carrying out a full range of crisis management functions by one medium and one small crisis action team simultaneously, both in constant contact with field commanders and other law enforcement agencies. It encompassed 4,000 square feet, sat roughly 50 people, and had 85 built-in telephone lines.

In 1995, the FBI undertook a major initiative to upgrade SIOC, reflecting its increased responsibilities and the need to manage interagency coordination efforts which had arisen through presidential directives, federal orders, and laws. Then-FBI Director Louis Freeh made a Congressional request for the Bureau to develop a first-class operations center capable of meeting its growing mission in worldwide law enforcement and national security affairs.

On November 20, 1998, the new SIOC was inaugurated by former President George H.W. Bush during the FBI’s 90th anniversary celebration. The center’s full name is the George Bush Strategic Information and Operations Center, as a reflection of the original SIOC being created for and opened on his inauguration as 41st President of the United States. The center officially opened for business when President Bush pushed the “Full Alert Button” and sent an e-mail to all FBI employees.

SIOC was designed to handle up to eight separate crises and operations of varying sizes at any one time. The SIOC facility can provide breakout rooms for strategic planning sessions and teleconferencing capabilities between members of the many interagency partnerships that represent federal, state, and local law enforcement; military services; and the intelligence community.

In 2008, the Foreign Tracking Program was implemented, which supports the FBI’s commitment to protect the well-being of its employees, their dependents, and its contractors when their overseas positions place them at risk.

Since 2008, SIOC has enhanced its readiness to respond to significant events worldwide by adding the Critical Incident Operations Unit (CIOU). This key unit is responsible for overall coordination and assistance when the Bureau activates a Command Post, Crisis Response Plan, or the FBI’s Disaster Management Plan.

Most recently, through training and collaboration with the Crisis Management Unit (CMU), CIOU has increased participation in special events and exercises and has enhanced its abilities to perform its core mission—to successfully prepare for, respond to, and assist in the resolution of crisis situations, critical incidents, and special events. CIOU is poised to respond 24/7 to a crisis or event that requires the activation of a SIOC command. 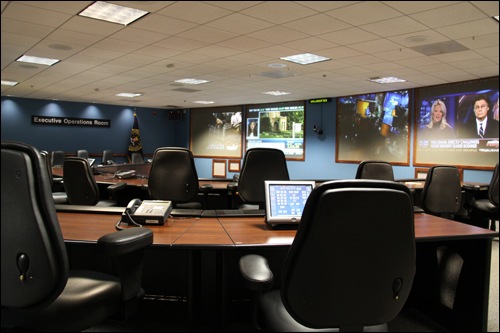 SIOC is comprised of over 40,000 square feet, seats approximately 492 people, and includes 20 rooms to support operations. The center houses 1,110 telephone lines, along with 35 miles of telephone cable, 60 miles of fiber optic cable, and over 600 computer terminals with access to four networks, the Internet, and various FBI databases. There is video and computer connectivity between operational rooms, secure video teleconferencing capabilities at several classification levels (including Top Secret/SCI), and the ability to hold widespread conference communications. The facility also has video wall technology, FLIR feed capability, and other visual displays supporting time-sensitive operational matters. SIOC supports over 37,000 visitors annually.

Currently, SIOC can function as: